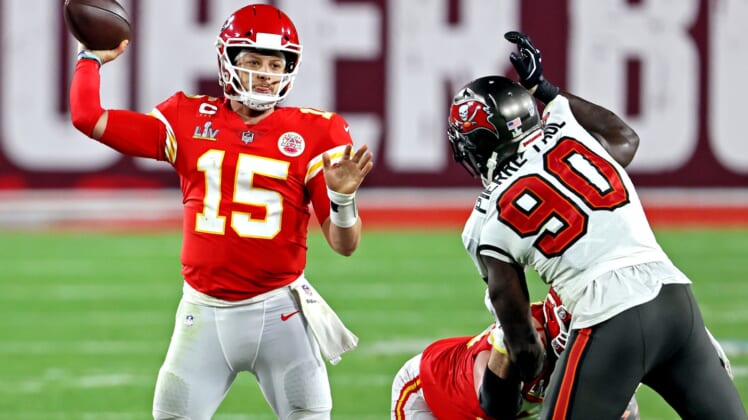 According to the opening betting lines, Kansas City is installed ahead of Tampa Bay as the team to beat, with the Green Bay Packers coming in as co-No. 2 favorites with the Bucs.

SportsBettingDime.com had the initial Super Bowl 2022 odds, which are listed below and dropped just after Super Bowl Sunday concluded at Raymond James Stadium:

The Chiefs definitely had an off game against the Bucs, as their Patrick Mahomes-led passing attack was uncharacteristically shut down and held out of the end zone, courtesy of a brilliant game plan from Tampa Bay defensive coordinator Todd Bowles.

It’s quite often that the team that loses the NFL’s grand finale suffers a so-called “Super Bowl hangover.” Just look at the San Francisco 49ers, who failed to make the playoffs after losing the Big Game to Kansas City last year.

But the Chiefs are an atypical Super Bowl loser. They could’ve easily played in this game three consecutive years.

NFL futures bets are innately valuable no matter which team is wagered on, because the odds are so long even for the favorite. For instance, the Chiefs would pay out $650 on a $100 bet.

It’s interesting that the Los Angeles Rams are all the way up at No. 4. They did upgrade at quarterback by trading Jared Goff and a couple first-rounders to Detroit in exchange for Matthew Stafford, but that’s a lot to put on the team, particularly since LA’s No. 1 defense lost its coordinator Brandon Staley. He’s now the head coach of the Los Angeles Chargers, who could give the Chiefs a run for their money in the AFC West.

Oddsmakers may be on to something with the Rams being listed that high. Stafford should thrive with a change of scenery and a much better organization and roster to support him.

Among the second tier of Super Bowl contenders, though, it’s hard to look past another NFC West team in the Seattle Seahawks at +2400.

No other team ahead of Seattle other than the two that just battled for the Lombardi Trophy have a quarterback who’s started in and won the NFL’s ultimate prize. Russell Wilson has taken the Seahawks to the Big Bowl twice, winning once and coming within about a yard and a nightmarish interception of another championship.

Wilson is getting a new offensive coordinator next season, and Seattle’s defense really heated up down the stretch of the 2020 campaign. The NFC West may well be the NFL’s toughest division. However, that hasn’t stopped Wilson and the Seahawks from always being a factor in the playoff picture during his tenure.

In fact, since Wilson took over under center in Seattle as a rookie in 2012, the team hasn’t had one losing season and has missed the postseason just once. It feels like the Seahawks are due for a big year.

Sportsnaut already has predictions up for the Super Bowl 2022 champion and projections for who will make the NFL playoffs next season, which might be worth checking out before placing a bet on these new odds.