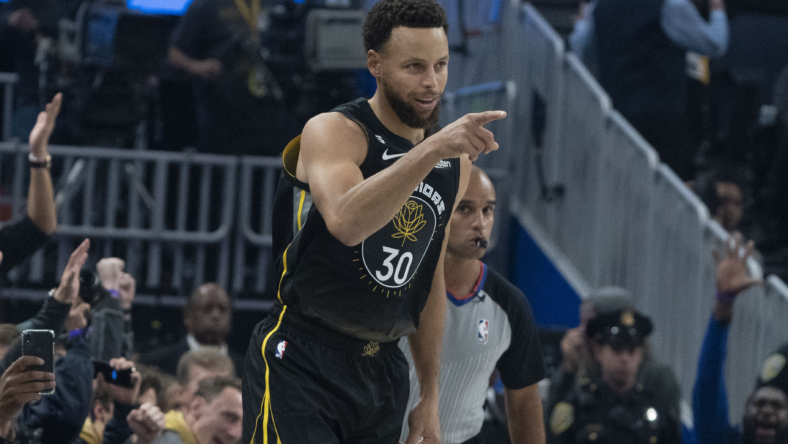 After nine games in the current season, it wasn’t hard to tell that the Golden State Warriors have relied heavily on Stephen Curry. For a team that had just won a championship, it’s not looking good.

So far, Curry’s performances have been the only consistent positive for the Warriors. The two-time MVP has averaged a whopping 42 points in his last three games, and while the Warriors faithful loved it, that’s not what the organization would want to happen for the rest of the season.

Loyalty has been one of Curry’s notable traits. However, it’s never a bad idea to consider demanding a trade if Golden State won’t be able to find a way to help its marquee player.

Let’s take a look at some of the reasons why Curry shouldn’t shy away from contemplating leaving the Warriors.

The Golden State Warriors are no longer dominant

Normally, teams coming off a dominant championship run pick up where they left off the following season. They remain feared, and they live up to that reputation on the court. Unfortunately, that hasn’t been the case for the Warriors this season.

A player of Curry’s stature has all the right to bark at his teammates as clearly, they don’t put in the same amount of work as his. However, the fact that Curry’s longtime co-stars Draymond Green, Klay Thompson, and Andrew Wiggins have been playing 30+ minutes in their recent outings, it has become apparent that it wasn’t about effort anymore. Perhaps, they were also giving it all they have, but unlike Curry, the quality of their work is no longer on par with that of a championship-caliber team.

If this continues, Curry might find himself exhausted and disappointed. When that happens, Curry should start thinking about taking his talents to a team where his hard work would be paid off by victories.

Stephen Curry is not Ironman

It can be recalled that the late Kobe Bryant tore his Achilles after constantly playing 40+ minutes. That would be the last thing the Warriors organization would ever want to happen to Curry.

In his first 11 games, Curry played competitively for 35 minutes. Though he’s evidently still in his peak form, this is not the trajectory for a 34-year-old.

Guards like Curry are more prone to wear and tear, given the workload of their legs and feet. Before injuries take place, Curry should be smart enough to join a younger team that would allow him to manage his energy properly.

Two legacies are better than one

Curry’s ultimate rival LeBron James has done it, and the Warriors better not give him a reason to follow suit. After all, leaving his original team for better chances of making history with another may not be a bad idea.

Sooner rather than later, Curry will approach the twilight years of his stellar NBA career. If the Warriors fail to recuperate, Curry should be open to realizing that there’s no harm in becoming a star in a different team.

As it stands, the season is far from over, but if the Warriors don’t manage to turn things around, they should at least do everything at their disposal to prevent Curry from departing.

Related: 3 Golden State Warriors starters who should be benched, including Klay Thompson