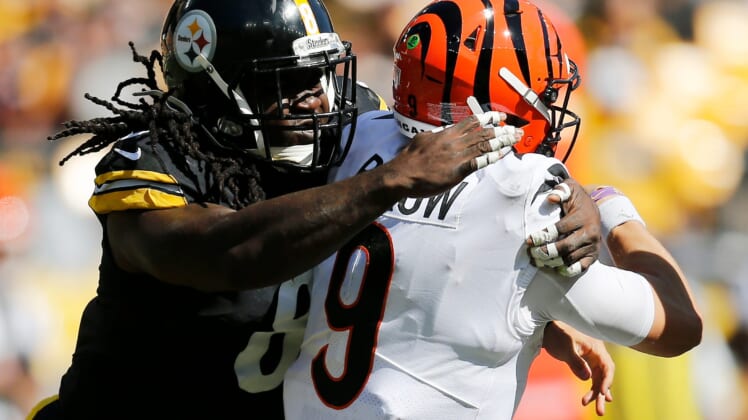 The Pittsburgh Steelers signed Melvin Ingram this summer hoping he could fill the pass-rushing void following Bud Dupree’s departure. With the NFL trade deadline near, Ingram could be the next edge rusher headed out of Pittsburgh.

While the Steelers don’t intend to be sellers by the Nov.2 deadline, currently sitting at 3-3, it seems the front office is keeping an open mind at one position. With T.J. Watt thriving on the left side and Alex Highsmith coming into his own, Ingram is becoming expendable.

According to NFL Network’s Ian Rapoport, NFL teams are reaching out to Pittsburgh regarding the availability of its third edge rusher and the organization is engaged in discussions with those clubs.

Ingram opened the season in a prominent role, playing 50-plus snaps in each of the first three games. But as Highsmith became more comfortable and showed improvement, the Steelers made a switch and left Ingram on the sideline.

Significant interest in Ingram comes as no surprise. Across 140 pass-rush snaps this season, PFF grades him at 82.1 with 18 total pressures and 11 hurries. The production and resume would already make Ingram an attractive target for teams in desperate need of pass rushers.

But Ingram’s contract could make him one of the most coveted players at the NFL trade deadline. He is owed just $1.075 million in base salary for the remainder of the season, a bargain for the value he brings to the table.