Diversification on the coaching side of the NFL has been a hot-button topic in league circles for years. However, it has moved to the forefront of the discourse because of recent developments. Former Miami Dolphins head coach Brian Flores is currently suing the league and three franchises over the NFL’s hiring practices when it comes to adding coaches of color.

During the 2022 offseason, Lovie Smith and Todd Bowles landed jobs as head coaches and are examples of diversity. However, both also bring an air of “same-old” due to the fact that both have had head coaching jobs previously, and Bowles was an in-house hire for the Tampa Bay Buccaneers that actually avoided the guidelines of the “Rooney Rule.”

Despite the additions of Smith and Bowles to the head coaching ranks, there are still only three non-white male head coaches among the 32 NFL teams. Due to the lack of representation in those and many other coaching positions, the league recently added new requirements for how teams formed their coaching staff’s going forward.

Now, all 32 clubs must employ a female or a member of an ethnic or racial minority to serve as an offensive assistant coach. That individual hired will then receive a one-year contract and work under that team’s head coach and on the offensive staff to gain NFL experience. 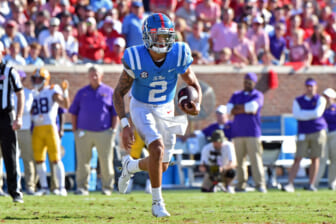 However, Seattle Seahawks top coach Pete Carroll does not believe that is enough, and he reportedly aired his grievances about the league’s owners during the annual league meetings last week. ESPN NFL insider Adam Schefter was told by a source that Carroll “went off” on NFL owners during a 10-minute meeting with general managers and coaches.

“He was saying, you can do anything but until owners get to know these candidates before the actual interviews and understand that they have to hire people who are different than them, it’s not going to really change.”

Schefter also claims that team owners “weren’t happy” when Carroll’s comments made their way through the grapevine back to them.