The Seattle Seahawks will have general manager John Schneider around for the foreseeable future after agreeing to a huge contract extension. 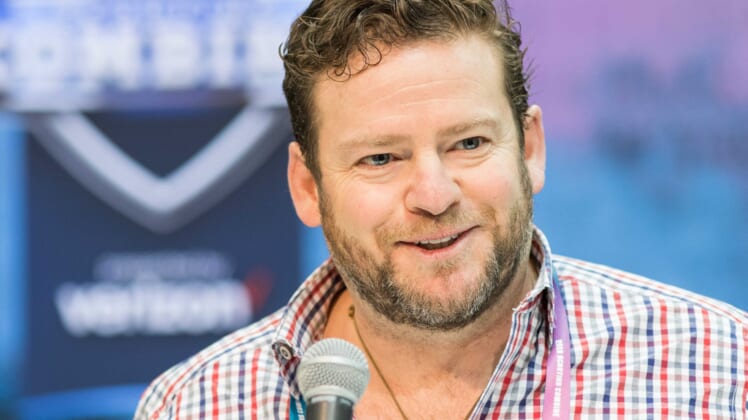 The Seattle Seahawks have one of the NFL’s best general managers in John Schneider, and they’re not letting him go any time soon.

It was announced on Tuesday that Schneider signed a contract extension that’ll keep him in Seattle through the 2027 NFL Draft.

Not long after their 30-20 loss to the Los Angeles Rams on Super Wild Card Weekend, Seattle gave its fans something to cheer about by informing the public of its decision to retain Schneider for the long haul.

“For the last decade, John and head coach Pete Carroll have formed a tremendous partnership and the Seahawks have established a successful, unique, and truly winning culture respected throughout sports. I know we are all excited to see that continue,” said Seahawks chair Jody Allen in an official statement.

Schneider has been responsible for building a perennial contender in Seattle, highlighted by his acquisition of franchise quarterback Russell Wilson in the third round of the 2012 draft.

But Wilson is hardly the only player Schneider discovered in retooling the roster in lockstep with Seahawks coach Pete Carroll. That 2012 class along was special, as it yielded All-Pro linebacker Bobby Wagner, longtime starting guard J.R. Sweezy and cornerback Jeremy Lane, who was a key part of the team that won Super Bowl XLVIII against Peyton Manning and the Denver Broncos.

Other late-round gems Schneider unearthed include future Hall of Fame corner Richard Sherman and four-time Pro Bowl safety Kam Chancellor. Longtime wide receiver Doug Baldwin was a revelation as an undrafted free agent, becoming one of the most prolific pass-catchers in Seahawks history.

The most trouble Schneider has had is actually in drafting first-round picks with a high hit rate. Granted, he just traded two of them in order to acquire superstar safety Jamal Adams and has sacrificed such assets in the past to land the likes of all-purpose playmaker Percy Harvin, but in any event, Schneider really is one of the better GMs in pro sports.

Whenever Seattle seems to have a personnel problem, Schneider is right there to fit it. Perhaps the biggest issue with the team right now is its stagnant offense that collapsed in the later portion of the 2020 campaign and laid an egg against the Rams in the postseason.

With someone as dynamic as Wilson under center, it feels like a sin to go one-and-done in the playoffs. The Seahawks haven’t made it past the NFC Divisional Round now in six years.

Much of the blame should fall on offensive coordinator Brian Schottenheimer. Seattle’s defense improved vastly in the latter half of this past season, and even with Wilson quarterbacking, and two amazing receivers in DK Metcalf and Tyler Lockett on the outside, Schottenheimer couldn’t scheme well enough to put them in position to succeed when it mattered most.

It’s not the first time dubious play-calling has led to the Seahawks underachieving.

Schneider’s next, best prospective move with his newly added job security — not that it was in doubt in the first place, really — would be to convince Carroll to move off Schottenheimer, and find a new, younger, brilliant offensive mind to revitalize Wilson and the offense for 2021 and beyond.