Wild Card Weekend Day 1 is in the books for the 2021 NFL playoffs. While there were several standouts from Saturday's action, we're looking at the worst performances here. 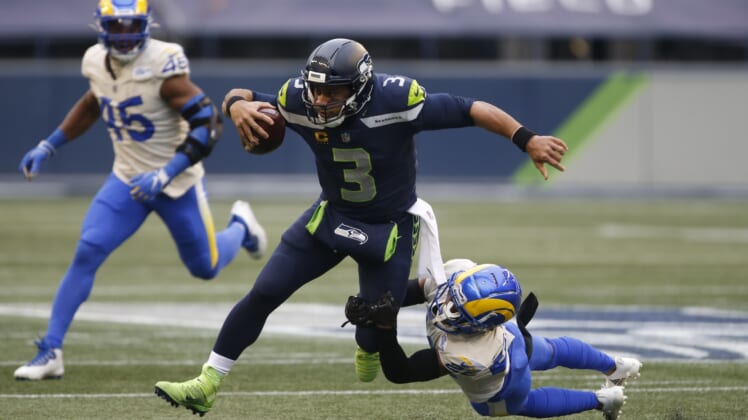 There were some ugly stretches of football amid the NFL’s Super Wild Card Weekend Day 1, and much of the blame goes to bad offensive football and dubious decisions made in the flow of these playoff games.

Whether it be questionable play calls, ill-fated decisions to go for a fourth-down conversion or just downright underwhelming performances on the gridiron, there were plenty of narratives to spring from Saturday’s slate.

There’s no question Reich is among the best in the business, but Saturday’s debacle rests squarely on his shoulders. He made the baffling decision to go for a 4th down from four yards away in the first half, and missed. That call alone cost Indianapolis three points in what wound up being a 27-24 defeat.

Reich also made some strange timeout calls down the stretch that limited his ability to dial up effective plays as the Colts staged a final drive, hoping to tie the score with a late field goal and force overtime.

It was less about bad play calls and more about what Reich did in critical situations when it came to decision-making. Usually, he’s sharp as a tack in such instances, but unfortunately for Indianapolis fans, Reich got a little too aggressive in going for knockout punches against Josh Allen and Co.

Cooler heads prevailed on Buffalo’s side. Allen proved too much for the Colts defense to handle, yet that unit held up well enough to give the team plenty of chances to win.

With zero sacks and one single quarterback hit, the Bills’ big men in the trenches on defense have to feel lucky they managed to pull out their first playoff win since the 1995 campaign.

Philip Rivers sat comfortably in the pocket all day long. He’s the least-athletic active quarterback in the NFL. We’re talking mobility that pales in comparison to Tom Brady here. In spite of this, Rivers’ jersey stayed as clean as could’ve been imaginable.

A lackluster pass rush wasn’t the only problem to beset Buffalo’s front, though. The Bills yielded 163 yards rushing on 30 carries (5.4 yards per tote), which kept Allen and the offense off the field for far too long. Indianapolis dominated time of possession, and the outcome simply came down to red zone execution, or lack thereof in Indianapolis’ case.

Much of the credit for the key stops on Saturday goes to Buffalo’s exceptional secondary. That back end must be ready to ball out once again in the AFC Divisional Round if the Bills don’t step up on the front line.

Seahawks OC Brian Schottenheimer: Still not good at his job

This man is a bad play-caller, who went a long way in ensuring the Seahawks lost 30-20 to the Los Angeles Rams. Can we be real about this now? How on earth is Schottenheimer even garnering the faintest consideration for head coach openings?

Granted, the pick-six Wilson threw to Darious Williams, intended for DK Metcalf, was more on the play’s execution than Schottenheimer’s call. It was one of the rare short passing play calls that could’ve neutralized Donald and the pass rush.

But the big touchdown the Seahawks scored thereafter was thanks to Wilson’s amazing ability to improvise and find Metcalf deep.

Schottenheimer gets bailed out all the time by how phenomenal Wilson is on downfield throws and making something out of nothing. His old-school system is dated, and the lack of creativity, to the surprise of no one, didn’t go well when facing the NFL’s No. 1 defense in the Rams.

With Wilson, Metcalf and Tyler Lockett in this passing attack, Seattle deserves a fresh offensive coordinator who can fully capitalize on the Seahawks’ strengths. They failed on 12 of 14 third-down attempts. With that trio. Come on.

After scores on four of their first five possessions, the Buccaneers had already built an 18-7 lead, which would’ve been more if not for a botched extra point that forced a subsequent failed two-point conversion. This put green Football Team quarterback Taylor Heinicke behind the 8-ball early. Despite his truly exceptional overall performance that included a Superman dive for a touchdown, it wasn’t quite enough against Tampa Bay.

That prior talk from Washington defensive end Chase Young about wanting to get after Tom Brady — where was that energy on Saturday? Young and his mates applied steady pressure on Brady, but it wasn’t terribly effective, leading to 209 passing yards and two touchdowns from TB12 in the first half, which dug the hosts a hole they couldn’t overcome in a 31-23 defeat.

If Young and the Football Team’s defensive front had come out firing like they have for much of the second half of the regular season, they’d have given Brady fits. However, that’s not how things played out, as Brady sat in the pocket, picked apart Washington’s back end and proved he’s still a dominant force at age 43 en route to 381 yards passing. He also guided the Tampa to 13 fourth-quarter points with some great, clutch throws.

Critics said Brady and the Bucs beat up on subpar competition down the stretch when they really began to find their stride off a late bye week. If the Wild Card Round was any indication, any team in the NFC should be scared of facing Tampa Bay, because even the Football Team’s vaunted D had no answers early and late for Brady, resulting in the defense putting forth one of the worst collective performances from Saturday’s games.