Sean Payton on New Orleans Saints in 2022: ‘They’ve got a team that wins the south, not Tampa’

Former New Orleans Saints head coach Sean Payton has some big expectations for his former team in 2022, and his prediction for how they will finish the season may surprise you.

In 2021, the Saints went through a difficult transition period as they looked to fill the legendary shoes of one-time Super Bowl champion Drew Brees. At the end of the year, the team’s record was 9-8, but they were without starting quarterback Jameis Winston for all but seven games. The team, led by a top-10 level defense surprised in spite of losing a key element of their offense and having the likes of Trevor Siemian and Taysom Hill starting the bulk of their games at QB.

With Winston expected to be ready to go for the start of the season, and along with the return of wide receiver of Michael Thomas, there is reason to be hopeful that the Saints could be a playoff contender in 2022 despite long-time head coach Sean Payton retiring from the organization in January. Unsurprisingly, the man who helped to build much of the team’s current roster is a big believer in the potential his former squad has in the new season.

Sean Payton on New Orleans Saints: ‘Defensively, you’ll see one of the better defenses in our league’

During a Tuesday appearance on the “Up & Adams” podcast, Payton was asked about his former team and he made a bold proclamation, while also taking a shot across the bow of division rivals the Tampa Bay Buccaneers. 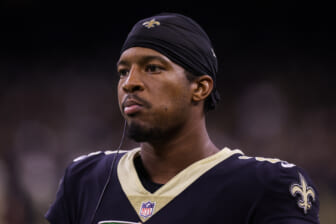 The Saints open the 2022 regular season Sunday on the road against the Atlanta Falcons at 1 PM ET on Fox.