NFL insider unsure how healthy Jameis Winston is, New Orleans Saints to be ‘very cautious’ in 2022 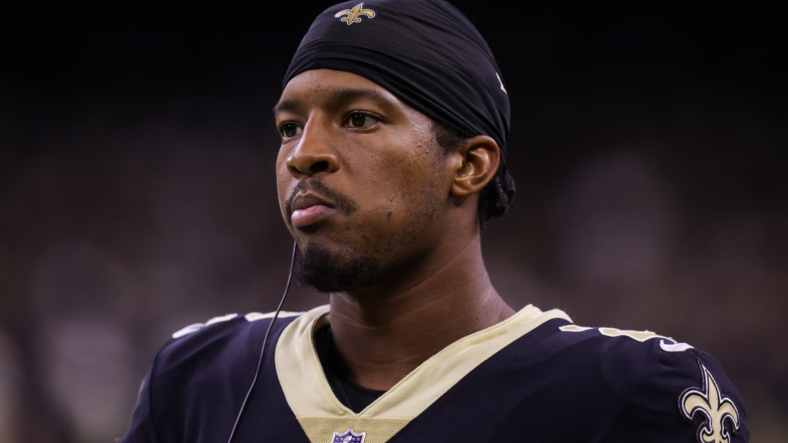 New Orleans Saints quarterback Jameis Winston was off to a fantastic start in the 2021 season before tearing his ACL. While he will return as the starter in Week 1, there are still concerns about just how healthy the 28-year-old is heading into the regular-season opener.

Things looked promising heading towards November 2012 for New Orleans. The team held a 4-2 record with an opportunity to take down the Tampa Bay Buccaneers. Unfortunately, Winston went down awkwardly in the Week 8 matchup and was diagnosed with a torn ACL.

The season unraveled, with New Orleans ending the 2021 campaign with a 9-8 record following a 5-2 start. While multiple changes were made to the roster, Winston returned as the Saints’ quarterback. More than eight months removed from the devastating knee injury, Winston is set to start in Week 1 but there are some concerns as of now.

Previewing the NFC South on the You Pod to Win the Game podcast, Yahoo Sports’ NFL insider Charles Robinson shed light on the level of concern with Winston as he recovers from the torn ACL.

Mobility has never been Winston’s primary tool. He thrived operating from the pocket last season, protecting the football and overcoming one of the worst receiving corps in the NFL. However, his recovery from thr torn ACL isn’t the only concern.

New Orleans overhauled its receiver room, drafting Chris Olave and signing Jarvis Landry to pair with the return of Michael Thomas. Now that Alvin Kamara is expected to avoid a suspension in 2022, the cast of Saints’ offensive weapons is far better than anything they’ve put on the field in several years.

However, Sean Payton is gone and losing one of the best play-callers and offensive minds of his era will be a significant blow for New Orleans. Even if Pete Carmichael Jr. fills the void and the upgraded talent helps make the transition relatively smooth, there is a grave issue that could specifically impact a lesser version of Winston.

Things aren’t much better at left guard. Andrus peat received a 20.1 pass-blocking grade from PFF in 2021, one of the lowest marks among all offensive linemen.

These issues only add to the concern surrounding Winston. If he isn’t able to evade pressure as effectively, the Saints’ offense could run into even more problems. That puts more pressure on Carmichael Jr. to adjust his game plan and whether or not he can do that successfully remains to be seen.