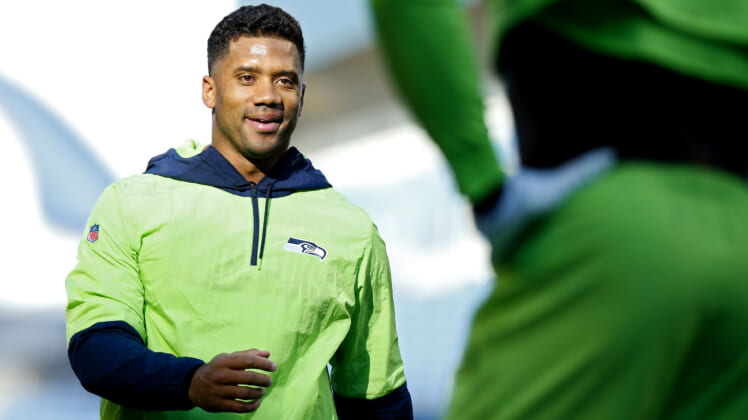 This entire past NFL off-season was filled with rumors that Seattle Seahawks star quarterback Russell Wilson wanted to be traded.

Both Wilson and head coach Pete Carroll downplayed those rumors. However, there’s been consistent reports of a discord between the two long-time members of the Seahawks.

In talking about this ahead of Seattle’s Thursday night outing against the Los Angeles Rams, Fox Sports NFL insider Jay Glazer seemed to break some news.

The venerable reporter indicated that he “one million percent” expects Russell Wilson to seek a trade following the 2021 season, adding that things are “very dicey” between the two sides.

Related: Find out where Russell Wilson sits among NFL QBs in 2021

Wilson and his Seahawks head into Week 5 with a pedestrian 2-2 record. Despite a win over the division-rival San Francisco 49ers last Sunday, things are not going too swimmingly for the team. At the very least, this isn’t the same championship-caliber roster that has pretty much defined Wilson’s entire career in the Pacific Northwest.

Are we seeing the last of Russell Wilson in Seattle?

Winning cures most ills. It’s pretty much going to be all about whether Seattle turns this thing around and makes a deep trek into the playoffs. That did not happen a season ago following a loss to these very same Rams in the NFC Wildcard Playoffs. This led to frustration on the part of the Super Bowl champ and seven-time Pro Bowler.

More than anything, Wilson is upset about the direction of the organization and player personnel moves that have been made in recent years. He’s also publicly talked about the lack of pass protection in front of him over the years (405 career sacks).

Meanwhile, there’s some reports that Russell Wilson is fed up with the power head coach Pete Carroll boasts since the death of team owner Paul Allen back in October of 2018.

There’s obviously going to be a lot more on this topic as the 2021 season progresses and with Seattle battling for a playoff spot. For now, it’s just rumor an innuendo. That doesn’t make the situation any less interesting.