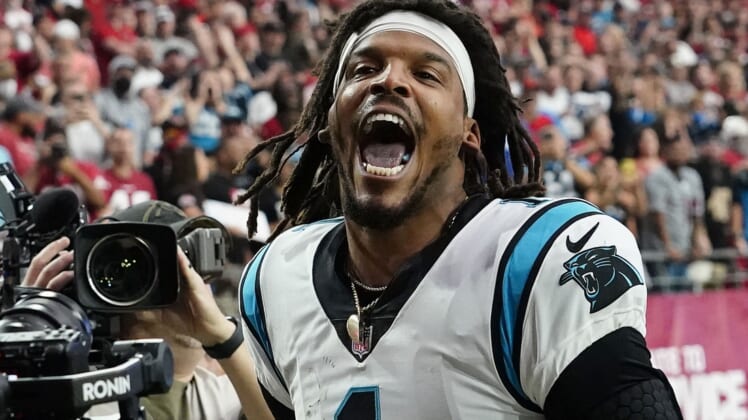 Cam Newton ran for a touchdown and threw for a score in his first game back with Carolina as the Panthers stunned the Arizona Cardinals 34-10 Sunday at Glendale, Ariz.

Starting quarterback P.J. Walker did much of the work for Carolina in the upset.

The Cardinals (8-2) had the best record in the league and one of the top defenses, but the Panthers scored 17 first-quarter points and were in control throughout the game.

Walker finished 22-for-29 for 167 yards, with an interception. Newton, who gained 14 yards on three carries, was 3-for-4 passing for 8 yards. Christian McCaffrey gained 95 rushing yards and 66 receiving yards for the Panthers (5-5). 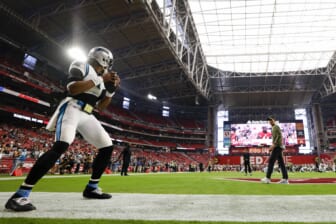 Arizona, using backup quarterback Colt McCoy because of Kyler Murray’s ankle injury, was held to 169 yards of total offense. McCoy was 11-for-20 for 107 yards with an interception before leaving in the third quarter with an upper-body injury.

Newton signed with Carolina, which had made him the top pick in the 2011 NFL Draft, late in the week as a free agent. He was the 2015 NFL Most Valuable Player with the Panthers before spending last season with the New England Patriots.

It seemed unlikely he would play with such a short preparation window as the Panthers sought to bolster the quarterback position. Starter Sam Darnold is out with a shoulder injury. Instead, Newton scored the game’s first points on a 2-yard run with 11:12 left in the first quarter.

He took off his helmet and screamed, “I’m back!”

Newton’s second touchdown came on a 2-yard pass to Robby Anderson later in the first quarter. Zane Gonzalez added field goals from 44, 48 and 49 yards as Carolina claimed a 23-0 halftime lead.

Matt Prater’s 47-yard field goal put Arizona on the board in the third quarter.

The Panthers were back in business when Chuba Hubbard ran 5 yards for a touchdown with 5:34 left in the third quarter and Walker tossed a two-point conversion pass.

James Conner scored the lone Arizona touchdown on an 11-yard run in the fourth quarter.