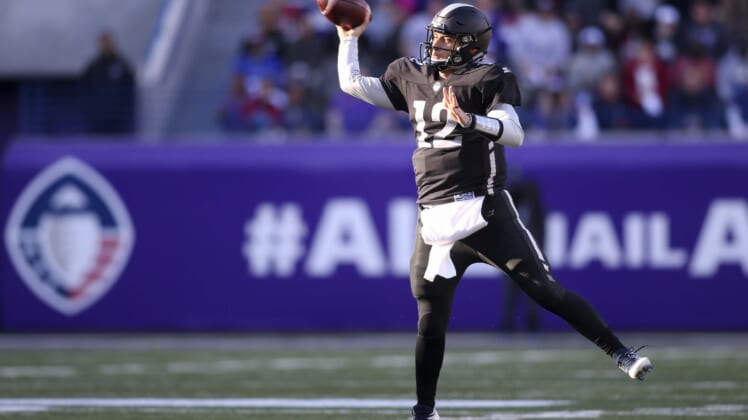 It took less than four minutes for the first USFL touchdown to be scored in their 2022 reboot. With the New Jersey Generals taking on the Birmingham Stallions on Saturday, Generals quarterback Luis Perez found wide receiver Randy Satterfield across the back of the end zone for the three-yard touchdown catch.

This was all made possible thanks to a big first play from scrimmage, which also from Satterfield on a 49-yard reception getting the Generals in scoring position.

As Curt Menefee stated on the NBC/Fox split broadcast, with partner Joel Klatt, the football will head to the Pro Football Hall of Fame in Canton, Ohio.

Just a few minutes after the Generals scored the first USFL touchdown, the Stallions answered back. Osiris Mitchell needed just one hand to haul in a pass from Alex McGough to give them a chance to tie.

Both teams opted to kick the extra point attempt instead of trying for two, or even three points.