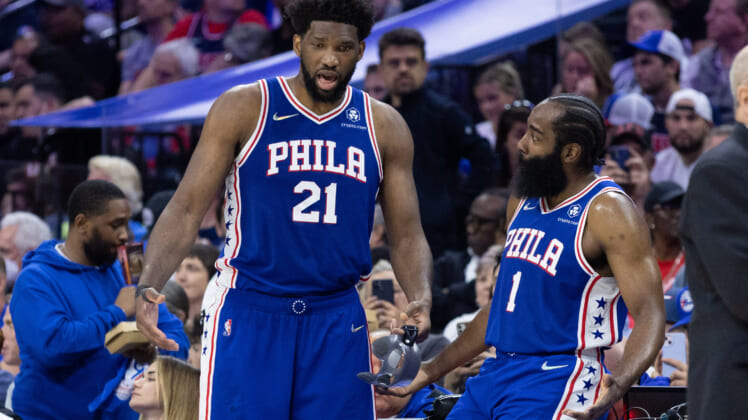 Philadelphia 76ers general manager Daryl Morey will reportedly be in the hunt for “another star” to team with the organization’s resident All-Stars Joel Embiid and James Harden.

Despite the grand hopes that came when the organization acquired Harden at the trade deadline and the early synergy between him and Embiid, the 2021-2022 season ended disastrously. The 76ers were ousted by a team with just one superstar and Harden was horrid in the second half of their elimination game loss at home.

However, despite rumblings about James Harden’s future in Philadelphia being in question, during an appearance on Mike Greenberg’s Greeny podcast, ESPN NBA insider Brian Windhorst explained that he expected the organization will work out a long-term deal with Harden in the hopes of forming their own big three.

“I think Harden will be back, I think it will just be a matter of negotiating the contract and making sure that it makes sense for the Sixers to improve. Because I promise you that Daryl Morey has big giant plans to acquire another star,” Windhorst said. “Whether he is going to execute it, I don’t know. Part of getting that done is going to require Harden to take some sort of pay cut.”

Windhorst believes that the 76ers have the assets to pull off a big-time swap, as long as a star player is willing to force their way to Philly. 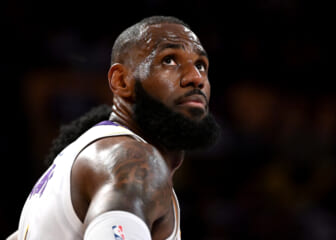 Assuming all of that happens, let’s take a look at three “star” players the Philadelphia 76ers might be able to land for Harris and Maxey.

The key in any potential trade is Maxey, he is a young player with a world of upside and at a very affordable rate. That is what would make a possible deal intriguing for the Washington Wizards. While Bradley Beal is the team’s best player, he has not competed in 70 or more games in over three seasons. Being in the final year of his deal, this seems like the perfect time to move the veteran and get a solid return.

If the Wizards were to receive Harris, Maxey, Philly’s top pick this year (if it doesn’t go to Brooklyn), and one of their second-round selections, this would be a very good haul for the often injured star. In the case of the 76ers, they get another talented scorer and someone that can knock down shots when Embiid and Harden draw loads of pressure.

Obviously, if the Golden State Warriors go on to win a championship this season, this deal isn’t happening. However, if they did fall short in the next month, there is a lot of evidence that points to a possible break up of Golden State’s big three. Especially, after the emergence of Jordan Poole this season.

A Harris and Maxey for Thompson deal works money-wise. It also gives the Warriors another young talent for coach Steve Kerr to develop, and a strong contributor in Harris. While the 76ers get the elite knock-down shooter they lacked in their series against the Heat.

The Los Angeles Clippers would prefer to try one more time to have a full year of Paul George and Kawhi Leonard healthy and see where everything falls once the dust settles. Or Paul George may realize for himself this combo is cursed, he can’t rely on Leonard and he would like a much easier workload by playing next to Embiid and Harden. 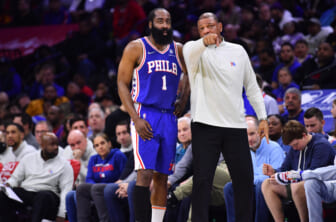 While a Harris and Maxey return matches in money, it may not totally be even in terms of high-level production. However, similar to a deal with Washington, if two or even all three picks in this year’s draft are included, it should be enough for the Clippers to seriously ponder a fresh start built around Leonard. For the 76ers, they would get some defensive help and another scoring ball handler incase Harden truly is in the midst of serious decline.