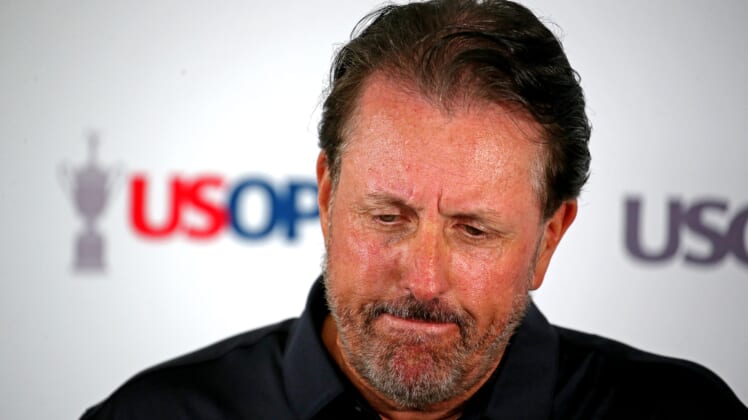 Phil Mickelson has received a great deal of heat for his decision to play for LIV Golf. In the latest rebuke of his choice, legendary sportscaster Bob Costas slammed the golf star for taking “blood money” to compete for the Saudi Arabia-backed tour.

There is a war going on between the PGA Tour and LIV Golf. The new golf series financed by the Public Investment Fund of Saudi Arabia — a department in the Saudi government — has signed top competitors like Mickelson, Sergio Garcia, Dustin Johnson, and Bryson DeChambeau by offering up huge sums of guaranteed money.

Unlike the PGA Tour, there are no cuts, fewer events, and over $250 million dollars set to be dealt out for LIV Golf’s first eight events. That is separate from the reported signing bonus received by top stars like Johnson and Mickelson.

However, while the US-based tour fired back by suspending LIV players from competing in their events, sports media, and even politicians, have fired their own shots at LIV talent for taking money from a government known for decades of countless human rights violations, and connections with the murder of Washington Post journalist Jamal Khashoggi and individuals involved with the 9/11 attacks.

On Monday, Phil Mickelson was accused of sports washing in a letter from a group representing families of 9/11 survivors. The following day, during an appearance on CNN’s “New Day with John Berman and Brianna Keilar,” Bob Costas was asked about Mickelson receiving a massive Saudi payday to join LIV Golf. He did not mince words in his scathing response.

“There are no two ways around it, it’s blood money,” Costas said. “This is not like the AFL was once a challenge to the NFL, or the ABA, or world hockey association, to the established leagues. Maybe fans of a team would say, ‘Gee we wish our guy didn’t go over there.’ That isn’t the case. This is Saudi blood money. We know all we need to know about the royal family and what they have done. It’s not just Khashoggi, it’s not just the ongoing oppression of women and gays, they’re directly or indirectly tied — according to US and British intelligence — to the 9/11 event.”

Costas was then asked by Keliar how LIV Golf has drawn so many top stars away from the PGA Tour. And the current TBS employee said it all comes down to cold hard guaranteed cash. Costas then wondered aloud if the Saudis discovered the right price to purchase Mickelson’s morality.

“Guaranteed money. $200 million dollars for Phil Mickelson even if he never wins a tournament. The prize money’s on top of that. $115 million, as I understand it, for Dustin Johnson. But what’s the price for your soul?” Costas asked. “What’s the price for integrity? If Aaron Judge goes and signs someplace else there’ll be people who grumble, ‘Well how much is enough?’ but there’s nothing inherently immoral in playing for the San Francisco Giants or whatever team he chooses as opposed to the New York Yankees. This is a clear-cut matter of morality.” 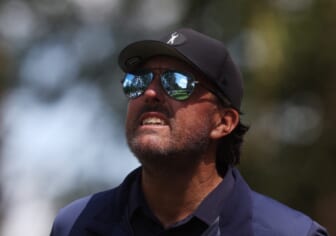 Mickelson is currently set to take part in the US Open this week, which is a major tournament run independently of the PGA Tour. The next LIV Golf event begins on June 30 and takes place in Portland, Oregon.