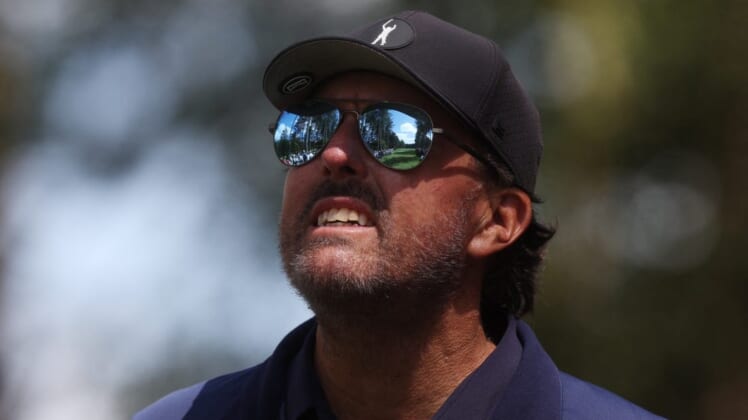 The LIV Golf International Series will make its United States debut with a 54-hole event at Pumpkin Ridge in Portland, Ore. from June 30-July 2.

It will be the second event for the highly controversial startup league that is being backed by the Saudi Arabian government. South Africa’s Charl Schwartzel won the inaugural event in London on Saturday, and Bryson DeChambeau and Patrick Reed are expected to make their LIV Golf debuts in Portland.

Many Pumpkin Ridge members were reportedly unhappy with the club cutting a deal to host the event, which was revealed to members in a March 16 email. Several members have since left the club, according to multiple reports.

Oregon Sen. Ron Wyden said the Saudis are using the money and the game of golf to improve their nation’s reputation.

“This is basically ‘sportswashing,'” Wyden said. “It’s right out of these autocrats’ playbooks. What they’re doing is working as hard as they can to cover up their injustices by misusing athletics in hopes of normalizing these horrifying abuses.

The seven “regular-season” events include three in the U.S., with LIV Golf scheduled to hold competitions at Trump National from July 29-31, Greater Boston from September 2-4 and Chicago’s Rich Harvest Farms from Sept. 16-18.

The inaugural season will also conclude with the team championship at Trump National Doral from October 27-30.

The USGA ruled last week that LIV Golf participants would be eligible to play in this week’s U.S. Open. Phil Mickelson made the trip from London to Brookline, Mass. for the third major of 2022, and was asked Monday why he chose to play in the Saudi Arabian-backed league.

“I think that there’s an obvious incredible financial commitment, for all the players involved and everyone involved,” said Mickelson, who reportedly was guaranteed more than $200 million by LIV Golf.

Each regular-season event will feature a $25 million prize pool, with every player in the 48-player field receiving a portion. First place is awarded $4 million in the individual competition, with last place still earning $120,000.

The team portion of the competition includes $5 million of the prize money being split among the top three teams.