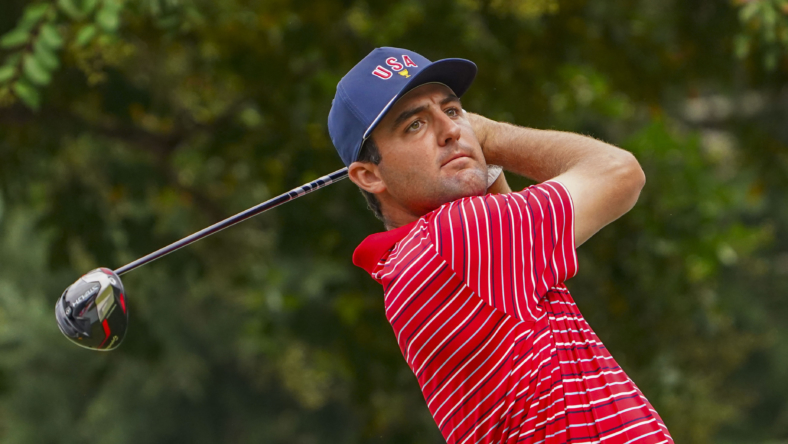 The Fall Swing of the 2022-23 PGA Tour season is quickly coming to an end with three more events to close out the calendar year before tournaments resume in January.

After the Houston Astros won the World Series last week, the sports world returns to Space City for the PGA Tour as the Cadence Bank Houston Open kicks off with first-round action on Thursday at Memorial Park Golf Course.

This week, there will be a new reigning champion as Jason Kokrak is in the LIV Golf circuit. The Cadence Bank Houston Open is one of five events on the PGA Tour this season in the state of Texas with the other four tournaments coming in a two-month span later in the schedule.

Memorial Park is a unique par-70 course that features five par 3s and three par 5s. Golfers in the field this week will be tested on the par 5s as all three were within the top 40 hardest par 5s on the PGA Tour last season.

Last week, Russell Henley won the World Wide Technology at Mayakoba by four shots down in Mexico. Others in this week’s field include a Presidents Cup trio of Tony Finau, Sam Burns, and Scottie Scheffler.

Here are 10 players who win the Cadence Bank Houston Open on Sunday.

Hideki Matsuyama enters this week struggling as of late as he is yet to record a top-15 finish through three events this season as well as the Presidents Cup. However, he has made the cut in each of his three tournaments but has not played to level put-up round scores in the lower 60s.

Matsuyama hasn’t played too consistently. Through his three events, he ranks 66th with a 70.48 scoring average as he only rounds at 66 or below and the other is a 65.

If Matsuyama wants to pull off a victory, he is going to have to increase his season greens in the regulation clip (66.2%) in addition to his birdie average per round (3.58).

The fall schedule gives the golfers the opportunity to either rest and prepare for the 2023 portion of the PGA Tour schedule or get a head start to gain points in the season-long FedEx Cup Standings.

For Sahith Theegala, he has taken advantage of the former with two top-10 finishes already this season. He has a fifth and sixth-place finish through his four starts entering this week’s Houston Open.

Theegala tries to capture his first PGA Tour on Sunday as he tees off Thursday with Danny Willett and Doc Redman at 5:02 a.m. PT on the first hole.

Jason Day looking to revive his form in 2015 and 2016 when he won a combined eight PGA Tour events during those two seasons.

Through a small sample size of the young PGA Tour season with three events under his belt, Day has made the cut in all three events and has finished as high as eighth in Las Vegas for the Shriners Children’s Open.

One of Day’s strong suits is that he ranks sixth with 1.25 strokes gained. His game with the second and third shots has benefitted him to scoring low throughout his day on the course.  Day tees off on the first hole in a featured group with Matsuyama and Sebastian Munoz beginning at 5:24 a.m. PT on Thursday.

Day and Matsuyama have each played well, but not as well as Matthew NeSmith, who has top-10 finishes at all three events he has played. NeSmith has two tied for ninth finishes at the Sanderson Farms and the Shriner Children’s Open, in addition to a second-place finish at the ZOZO Championship.

Although it is early, one portion of his game that has become a strength is that he ranks fourth in greens in regulation. NeSmith begins his round at 9:47 a.m. PT in Thursday’s first round alongside Davis Riley and Max McGreevy. 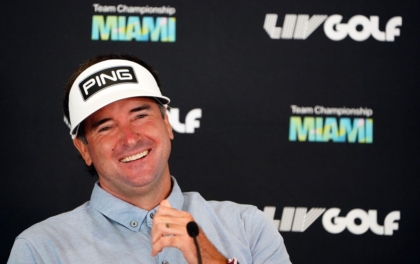 Also Read:
Bubba Watson: I was paid to play in PGA Tour events

Despite a missed cut to begin his 2022-23 campaign, Joel Dahmen has turned it around by making the cut at each of his last four events. That was highlighted by a tied-for third-place finish last week at Mayakoba.

Dahmen shot four rounds in the 60s taking off one shot as the tournament progressed in each of the four rounds.

In Strokes gained: tee-to-green, Dahmen ranks 11th this season, taking off 1.56 shots off of his scorecard per round. That means overall, he is executing his shots off the tee and on the putting surface.

Dahmen, who finished inside the top 5 last year, kicks off his first round on the tenth tee in a featured group with Tony Finau and Mackenzie Hughes at 10:09 a.m. PT.

Russell Henley rode two 63s to begin his tournament down in Mexico to hoist the trophy last week Sunday at Mayakoba. Last week, Henley led the field with a 78.6% driving accuracy clip and was fifth in putts per greens in regulation, with 1.55 shots on the green.

That needs to continue if the 33-year-old wants to continue his winning ways at the Houston Open. Henley tees off Thursday on hole No.10 at 9:58 a.m. PT in a featured group with Sepp Straka and Harris English.

Like Thomas Detry, Taylor Montgomery has been another PGA Tour rookie that has shined thus far. Montgomery has played five events this season and has not finished lower than 15th place, including a third-place card at the Fortinet Championship in September. 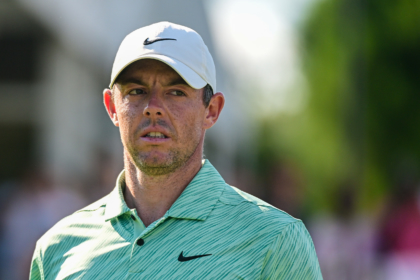 He has played all-around golf, as Montgomery ranks 12th, taking almost two total strokes off of his round this season. In addition, he has been superb on the greens, ranking third in strokes gained putting.

Aaron Wise has played good golf not just to start his season but since last season. After a 15th place finish last week at Mayakoba, that was Wise’s second consecutive and seventh top 15 finish in the last six months.

In addition, the thing that has been keeping Wise high on the leaderboards has been his work on and around the greens. Wise ranks first in scrambling from the fringe as well ninth in total putting. Wise tees off Thursday on the 10th tee with Trey Mullinax and Robert Streb at 5:35 a.m. PT.

This is Sam Burns’ third event of the PGA Tour season as he was one of five players to have at least three PGA Tour wins a season ago.

So far in two events at this course in the last two years, Burns has finished in seventh place, and he is hoping the third time is the charm.

One part of Burns’ game that has stood out so far is that he ranks 15th in driving distance. In addition, his No. 10 ranking in strokes gained putting this year gives him an opportunity to have success around Memorial Park.

As much as the incentive to be No. 1 in the Official World Golf Rankings again, the motivation for Scottie Scheffler is his finish last week at Mayakoba.

Scheffler stormed up the leaderboard last week Sunday, firing a final round 62 to finish tied for third and strong momentum to a tournament, not only to his home state of Texas but also to a course where he could have received his first PGA Tour win.

Last year at Memorial Park, Scheffler got warmed up in his first round with a 72. But he changed that on the cut day, firing an 8-under 62 followed by two 69s to finish just behind the top. 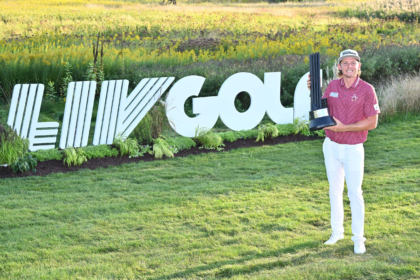 Having that on-course motivation will be vital for the 2022 PGA Tour Player of the Year, looking to get back in the winner’s circle since winning the green jacket last April at the Masters that concluded four wins in a six-start stretch.

Scheffler tees off on the first hole in a featured group with Montgomery and his fellow Presidents Cup rookie team partner Burns at 5:13 a.m. PT on Thursday.