Bubba Watson: I was paid to play in PGA Tour events 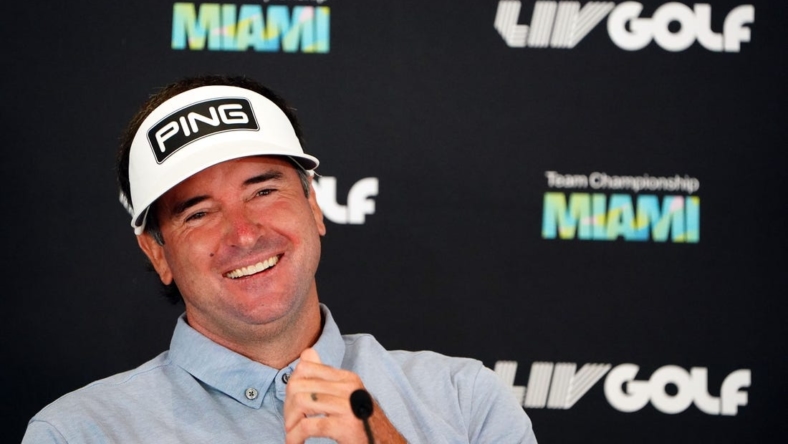 Two-time Masters champion turned LIV Golf Series pro Bubba Watson said Wednesday he got “paid behind closed doors” while on the PGA Tour to show up to “many tournaments,” a violation of Tour rules.

Watson, 43, made the comments to ESPN about the hullabaloo made by the PGA Tour and LIV critics about the hundreds of million of dollars being thrown around by the Saudi-backed circuit to lure players away from the Tour.

“It makes me laugh because on the PGA Tour, I got paid behind closed doors to show up at tournaments, many tournaments,” Watson told ESPN. “And if Bubba Watson’s not the best, that means the best were getting paid better than me and more than me. And so it’s guaranteed money.

“I miss the cut, I still make money. I make the cut, I make extra money.”

Watson said he was paid by sponsors and tournament organizers.

The PGA Tour reiterated to ESPN that it “prohibits the payment of appearance money to players as an inducement to play in a particular tournament.”

“I’d laugh at [criticism] because we all had some guaranteed money to show up at places,” Watson told ESPN. “Win, lose, quit, whatever it is, you still got the money. We’ve all been doing that. We’ve all been playing for guaranteed money. The critics, it just makes me laugh because that’s what we’re doing. We don’t want to talk about it on tour, but we are getting it.”

“If Travelers wants to pay Bubba Watson to go do a tent visit, that has nothing to do with the PGA Tour,” Kisner told ESPN. “You don’t think Zurich in New Orleans is pressuring guys to play because they’re sponsoring them on their sleeves? That’s not an appearance fee. That’s an off-course endorsement that’s under contract.”