It seems owners around the NFL are getting sick and tired of the drama around Washington Commanders boss Daniel Snyder, and could soon move to either ask him to step down as owner voluntarily or force him out.

The Commanders’ offseason was completely dominated by investigations surrounding Snyder and the various misconduct in his front office over the last decade. What was just one inquiry by the House Oversight Committee has expanded to examinations by several regional attorney generals, and the SEC, after Congress found not only evidence of inappropriate workplace conduct, but also questionable financial dealings by the organization during Snyder’s ownership.

It has put a black eye on the NFL and even led to a second investigation by the league that is ongoing. The consistent bad press that follows the league because of the Commanders has gotten to a point where fellow owners are fed up with Snyder and his ownership style. In the spring, there were rumblings that the heads of other franchises were starting to ponder a time when Snyder was not a part of their fraternity of billionaires. It looks like those considerations have now moved to the stage of actually plotting to bring an end to the 57-year-old’s tenure with the NFL.

On Saturday, the Washington Post revealed that “many owners would be pleased to see Snyder sell voluntarily and acknowledged that, depending on the results of attorney Mary Jo White’s league-commissioned investigation, an effort to remove him could occur.” One owner who spoke to the outlet was of the opinion that Snyder should sell the team, and that “Some of us need to go to him and tell him that he needs to sell.”

However, Snyder’s possible ouster is not a unanimous view among the league’s bosses, and another that spoke to the Washington Post on the condition of anonymity claimed a push to force him out would be surprising, since “the franchise currently is more stable than it has been at other points of Snyder’s ownership.” 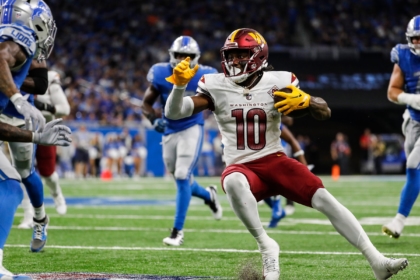 Also Read:
Curtis Samuel’s re-emergence has been an unexpected bright spot for Washington Commanders this season

With that said, the owner who is in favor of removal pointed to the situation in the NBA with Phoenix Suns owner Robert Sarver, and how an outcry from in and outside the league has since led to Sarver’s decision to sell his majority stake in the team, after receiving a suspension from the league that would have allowed him to stay on as owner.

Following Sarver’s announcement, the lawyers that represent 40 former Commanders’ employees pushed for a grassroots movement to force out the Washington team owner just like Sarver.