3 under-the-radar prospects who have jumped the New York Yankees system, including Trey Sweeney 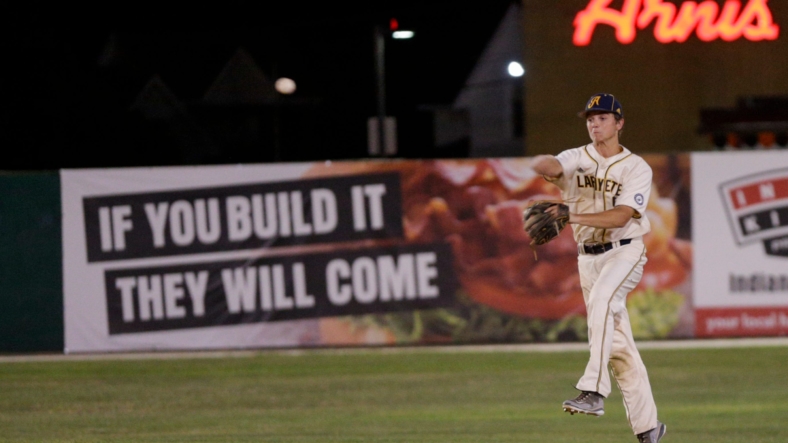 The highly touted prospects among individual teams are typically recognized as the future of the franchise. The New York Yankees are no different.

Take the Baltimore Orioles who churn well-rounded ballplayers like Adley Rutschman and Gunnar Henderson. The talent trickles down the Orioles system, beyond the aforementioned duo. In an ordinary hapless season, the Orioles are predisposed to a high draft pick which gives them access to a variety of recruited prospects.

Now that we’ve discussed an organization that is contingent on its systems tutelage, it is time to take a peek at the New York Yankees who aren’t as familiar with homegrown talent. The Yankees are less emphatic on their organization to generate perennial talent, rather they exploit other strategies to asses their roster. General manager Brian Cashman is simply inclined to lure big free agents as opposed to developing stars on their own grounds.

The case being, the Yankees’ top 30 list is quite promising, albeit the unknown outcome of how they may pan out. The consensus number one prospect, Anthony Volpe, is on the cusp of the majors after his promotion to Triple-A Scranton. Oswaldo Cabrera and Oswald Peraza have established themselves as future considerations for the Yankees, although Peraza has commenced just 21 plate appearances.

There are a few prospects in particular who deserve more credit than they are touted for. Whether these Yankee prospects will expand on their flourish is beyond comprehension. All we can do is speculate.

A product of the Eastern Illinois Panthers, Trey Sweeney was recently promoted to Double-A Somerset. His bat began to compile loud contact in High-A Hudson Valley, which could translate into 15-20 home run seasons in the pros. The Kentucky native can navigate the strike zone well although it wasn’t abnormal for Sweeney to flail in Hudson Valley. He hasn’t completely developed as a professional hitter and there is some vacancy for Sweeney to fill in his 6-foot-4 frame.

Other significant attributes including his speed and defensive capacity have all come to fruition in 2022. Since there is organizational blockage at the shortstop position, Sweeney is projected to employ the corner spot at third. Evidently, his wheels in the basepath have translated into 29 swipes in High-A and is expected of no less in Double-A.

Will Warren has jumped the New York Yankees’ system

After the Yankees snatched him in the eighth round of last year’s draft, Will Warren spent no time procrastinating. Warren appeared in just eight games at High-A Hudson Valley before the sample size was sufficient for promotion. The Mississippi native obtained the No. 8 spot on the Yankees’ Top 30 list and vies to work himself up. He owns a 3.86 earned-run-average across 35 innings with a 75/33 split at Double-A Scranton.

Under the Yankees’ jurisdiction, Warren developed an additional two-seamer to supplement his four-pitch mix. He relies heavily on his two-seam/four-seam combo to pound the strike zone and locates them well. The 23-year-old incorporates a slider that sweeps horizontally and proves to miss the most bats. His secondary offerings, the mid-70s curveball, and low 80’s changeup have shown to be promising, although, there are some mechanical defects that must be addressed.

The biggest surprise for the Yankees in the 2019 MLB Draft ventures was Elijah Dunham. The 24-year-old can consistently generate hard contact which he initially showcased in Low-A Tampa. The Indiana native dictates the zone well and doesn’t restrain himself from taking a first-pitch ball. His compact swing attributes to the pop in his bat which produced 17 home runs-that ranks fifth across all New York Yankees affiliates.

Assuming that Dunham retains a similar line of .250/.351/.453 in Double-A Somerset, there is no need to hinder his pursuit of the major leagues. According to the Yankees Top 30, Dunham is identified as the 21st prospect but proves to exceed his presumed value. A possible promotion to Triple-A Scranton could be the next step for the 24-year-old if he continues to channel the most potent version of himself.