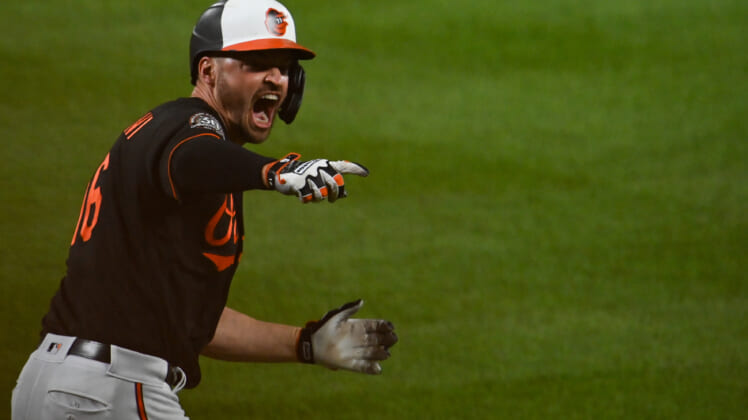 A lot of rumblings and speculation throughout MLB points to the New York Mets making Baltimore Orioles slugger Trey Mancini a top target heading into the trade deadline on Aug. 2.

The Mets have the fourth-best record in the big leagues and are considered a serious title contender in 2022. However, with the Atlanta Braves — the 2021 World Series champions — breathing down their necks and only 2.5 games back, New York is likely to be in a serious fight for the division title over the next few months.

That is why the team is expected to be a major player ahead of this year’s MLB trade deadline. While various rumors have suggested they could be in the market for Cincinnati Reds starter Luis Castillo and upgrades to the bullpen, there are also rumblings the team is looking to add more thump to the lineup. And could be targeting one specific player.

On Friday, The Athletic MLB insider Jim Bowden suggested that Orioles designated hitter Trey Mancini would be the perfect fit for the Mets DH position and their need for another power bat.

“Mancini, who overcame stage 3 colon cancer, has hit 21 or more home runs in each of his last four seasons,” Bowden explained. “This year, he’s slashed .280/.354/.423 with 15 doubles, eight home runs, and 33 RBIs. Mancini is batting .299 against fastballs and .278 against breaking balls and ranks in the 90th percentile in the league in xwOBA, the 92nd percentile in xBA, and the 82nd percentile in max exit velocity. His ability to play first base and the outfield corners would give the Mets more flexibility and allow them to give other players days off down the stretch.”

While Bowden’s thoughts are just speculation on the best possible move New York could make to improve their chances in the fall, there is actually talk around the league that the Mets do have eyes for Mancini. 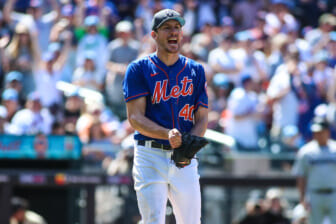 Also on Friday, Fan Nation MLB writer Pat Ragazzo reported that several rival executives believe the Mets are big fans of Mancini, and if the asking price isn’t too high for the likely free agent, he could be a “top option” for the team at the trade deadline.

Mancini has a player option next season and is expected to opt-out and head into free agency next winter.