New York Mets starting pitcher Chris Bassitt has had just about enough of the strictness in the MLB COVID protocols and says the league needs to “stop testing it.”

Bassitt is currently on the IL after testing positive for COVID-19 earlier this month. However, he did not test positive on a test administered by the team. He realized he had the pandemic-causing virus after feeling sluggish and testing himself.

“I tested myself just because the only symptom, so-called, that I had was the second game vs. Houston I was just way more sluggish, tired than I usually have [been], and having a little girl at home and stuff like that, If I can somewhat be safe, I will,” Bassitt revealed during a media scrum on Thursday. “I tested myself and it was positive, so I basically had the choice to tell them so I could kind of protect my teammates or not say anything and put my teammates at risk a little bit.”

New York Mets pitcher on revealing that he had COVID: ‘I don’t know if I made the right decision of saying something’

However, while Bassitt did the right thing in reporting the positive test to the New York Mets, he says he regrets the decision and will never do it again. Since he has had no other symptoms and he could possibly be out much longer than expected because of league protocols. Despite feeling normal now.

With the possibility of missing weeks, despite feeling fine, Bassitt thinks it’s “ridiculous” that the league is still so strictly adhering to certain guidelines despite the perils of the virus having diminished greatly since peak periods in 2020 and 2021. To him, the league should just stop testing for COVID completely.

“Stop testing it. Stop acting like COVID is far worse than a lot of other things,” Bassitt said. “I’m not trying to get too much into it, but I was never sick, never had a symptom. So, sitting out for two weeks or a week for zero symptoms, I don’t know.” 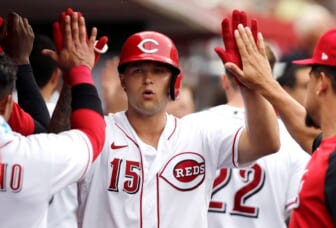 The Mets are at home tonight and welcome the Miami Marlins for a 7:10 PM ET first pitch.