While all of the top players in this winter’s MLB free agent market are off the board, two-time All-Star Carlos Correa still remains. How he has reached this situation has been one of the more dramatic narratives this offseason.

After agreeing to a massive 13-year, $350 million deal with the San Francisco Giants in December, then the deal hit an impasse right before it became official. The New York Mets jumped in to snag him up to a similar 12-year, $315 million pact. But that too hit the same hurdle as the Giants. Which centered around questions about Correa’s surgically repaired ankle.

In the two weeks since the Mets deal was put on pause, they and Carlos Correa’s representatives have tried to hash out a revised pact to no avail. Over the last week, reports stated the player has started to hear other offers, and the Mets are growing frustrated and could walk away altogether.

On Saturday, New York boss Steve Cohen told Mets YouTuber Tyler Ward, “While I can’t speak on the player, I do believe we’ll have a resolution soon one way or the other.” With Cohen’s expectations in mind, let’s take a look at the three most likely outcomes of the ongoing New York Mets and Carlos Correa saga.

The deal with the Mets and the 28-year-old shortstop could certainly fall apart, however, those in the know continue to believe something will get done. One scenario that was recently suggested, and seems plausible, would be to add an exclusion clause to the current agreement.

With such a clause, New York could protect itself long-term with an addendum that covers future injuries specifically to Correa’s ankle. Meaning if he lands on the injured list for a significant amount of time because of the joint, the Mets may get some of their money back or gain an offseason option if he misses a certain number of games. 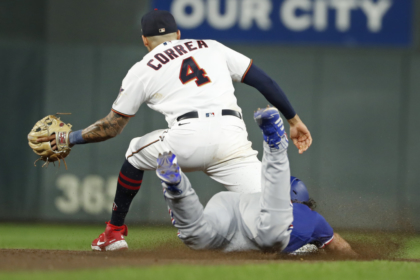 Also Read:
Carlos Correa in contact with another team with New York Mets agreement in limbo

Mets and Carlos Correa agree to a pricey short-term deal

The team and All-Star could completely scrap the 12-year pact and go with a shorter deal that takes away long-term security but offers Correa the chance to go after another massive contract in a few years.

A potential contract could be for six seasons or less, and instead of making $26 million annually — which Correa would have earned in the original deal — the New York Mets could increase the rate to anywhere from $32-$34 million per season. For example, a six-year deal worth $192-$204 million.

One final scenario could see both sides walk away from the deal and Carlos Correa returns to the Minnesota Twins. Over the last few weeks, reports claim the team is still very much interested in re-signing him. The Twins more than any other organization know the short and long-term outlook on the star’s ankle. If they are still interested nonetheless, a return to Minnesota makes the most sense for both sides.

Many other teams may proceed with caution in negotiations after both the Giants and Mets balked at deal for double-digit seasons. This can work out well for the Twins because they could sign Correa to a new deal without the opt-out clauses that were embedded in the agreement he signed with the organization in the previous off-season.