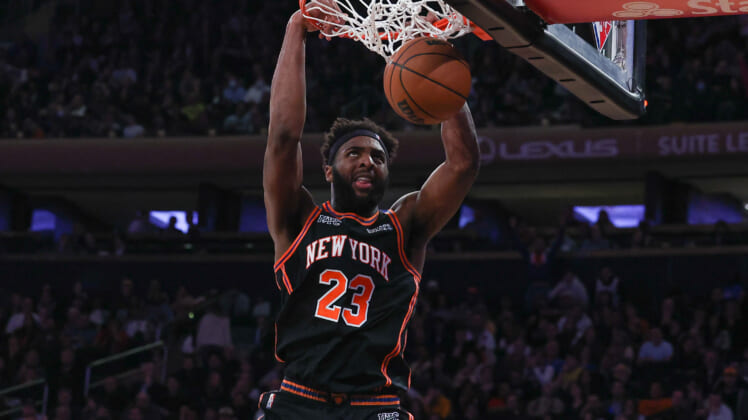 Despite the New York Knicks’ complete offseason focus seemingly on acquiring guard Jalen Brunson, it looks like the organization has also bridged the negotiating gap and will retain the services of their starting center Mitchell Robinson.

With 2022 NBA Free Agency just a day away, the Knicks have made headlines over the last few days for doing all they can to free up the necessary cap space to woo Brunson away from the Dallas Mavericks on June 30. On Tuesday, the team made a trade that sent bench players Nerlens Noel and Alec Burks to the Detroit Pistons that offloaded a whole bunch of money from their payroll for next season.

The league-wide assumption is that the move was made so that they could offer the Mavericks guard a four-year deal worth over $100 million. And while that is certainly the strategic goal, it seems that a by-product of that extra cap space will also help them re-sign their top defensive player over the last few seasons.

In a Wednesday editorial, Bleacher Report NBA Insider Jake Fischer revealed an interesting bit of Knicks news while reporting the latest on their pursuit of Brunson. “It’s believed Mitchell Robinson will return to New York on a four-year deal that nears $60 million in total earnings,” Fischer wrote.

The news is a bit surprising considering the fact that both sides seemed far apart on a new contract while negotiating during the season. By the end of the 2021-2022 league year, it looked as if Robinson would end up testing his value on the open market and the team might have to find a new starting center next season. 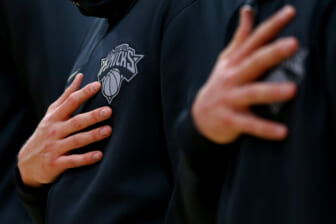 However, after the organization was able to achieve the goal of moving Kemba Walker’s contract on draft night, and then Noel and Burk’s money yesterday, they were flush with extra cash that they didn’t have available a few months ago.

The organization may also not be done there when it comes to freeing up cap space. Fischer also mentioned in his new report that the New York Knicks are still looking at also moving Evan Fornier and Cam Reddish this offseason. After adding three more first-round picks in trades during the draft, they may have the assets to sweeten up deals to move those players now.