Miami Dolphins star Xavien Howard is the subject of NFL trade rumors amid the All-Pro cornerback’s holdout. With Miami refusing to commit to another contract extension, the New Orleans Saints might be watching the situation closely.

Howard signed a five-year, $75.3 million contract extension in 2019, making him the highest-paid cornerback in NFL history. Fast forward to 2021 and the All-Pro defensive back ranks sixth in average salary ($15.05 million), behind teammate Byron Jones.

After leading the NFL in interceptions during two of the past three seasons, Miami’s 6-foot-1 cornerback wants a new contract that reflects his talent and production. But with the organization refusing, Howard is holding out and the saga could stretch deep into training camp. 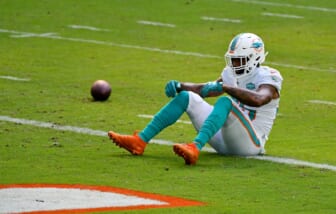 The Athletic’s Jeff Duncan shared that if Howard is made available by the Dolphins, he expects the Saints to be heavily involved in trade discussions.

In terms of fit, Howard would deliver everything New Orleans needs in 2021. Marshon Lattimore could be facing a suspension and the CB2 spot opposite of him is a major weakness. The Saints were forced to part ways with Janoris Jenkins due to salary cap constraints, creating a huge hole in the secondary. 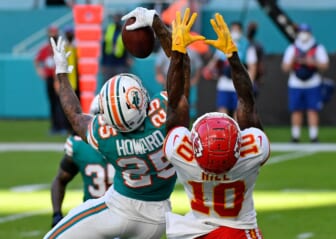 Howard would instantly become the best cornerback on the roster. He consistently demonstrated this past season that he can shadow top receivers and blanket them for most of the game.

Adding him would put less pressure on Lattimore, gifting him the chance to make more plays. While New Orleans would have to pay one of the two cornerbacks, likely Howard, it would be a fantastic addition for this defense. If Sean Payton is willing to give up a first-round pick and more, he can add the missing piece on the defensive side.