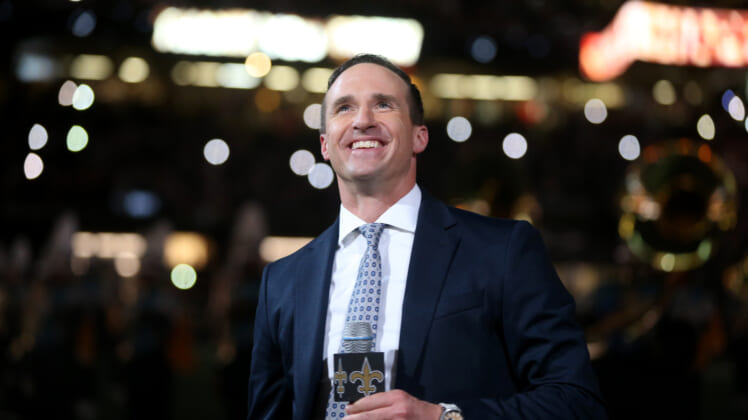 Drew Brees escaped trade rumors during his iconic NFL career, but the former quarterback and now TV analyst could be dealt to Fox this offseason in a blockbuster deal for the sports broadcasting world.

Fox is about to begin a search for its top NFL analyst following the departure of Troy Aikman, who is headed to Monday Night Football. While the network is just at the early stages, Andrew Marchand of the New York Post reported that former NFL tight end Greg Olsen, Fox’s No. 2 analyst, Los Angeles Rams head coach Sean McVay and former coach Sean Payton are among the candidates under consideration.

Promoting Olsen would be the easiest move for the network, with Olsen already under contract and having a track record of success in the broadcast booth. Payton is also a potential candidate considering he expressed interest in becoming a TV analyst and is currently open for jobs.

Interestingly, another candidate is receiving some consideration in a move that would be very rare in the broadcasting world.

Multiple sources who spoke to Marchand shared that Fox could explore a trade with NBC, acquiring Drew Brees to fill the void left by Aikman.

Brees signed with NBC following his retirement, with the network viewing him as a potential successor for Cris Collinsworth. During the 2021 season, Brees called Notre Dame football games for NBC and provided pre-game analysis on Sunday Night Football and before the network’s Super Bowl coverage.

However, Marchand reported in December that NBC and Collinsworth were discussing a new contract worth $12.5 million. As a result, it would rule out an immediate future in SNF’s broadcast booth for Brees.

If that’s the route NBC takes, it makes sense why the network could explore trading Brees. While Fox would be taking a risk by thrusting him into a prominent role as its primary TV analyst, the future Hall of Famer could grow into the position and will be cheaper than hiring McVay.