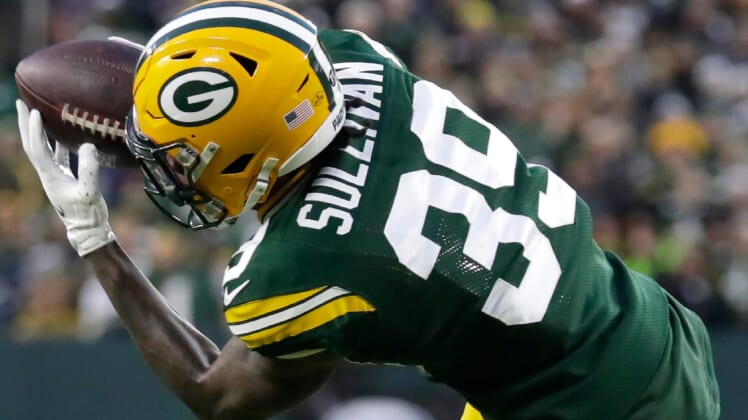 Continuing the effort to rebuild a defense that finished 24th in the NFL, allowing 25.1 points per game, the Minnesota Vikings agreed to terms with former Green Bay Packers cornerback Chandon Sullivan.

The deal appeared to have come together quickly after Sullivan it was announced that Sullivan would be paying a visit to TCO Performance Center in the Twin Cities sometime on Friday. For the Vikings, Sullivan is likely to fill the nickel back role in Minnesota’s secondary. Signing with the Vikes reunites the 25-year-old defender with Mike Pettine who joined the new coaching staff this offseason.

Sullivan won’t steal headlines like Za’Darius Smith did, but he has shown to be a more than capable No. 3 corner, having started 20 games in the slot for the Packers the past two seasons.

Signing a cornerback may be long overdue, but the Vikings aren’t done yet. There’s still a gaping hole in the secondary, but it’s one that could be addressed soon enough.

For those keeping count, Chandon Sullivan’s signing likely means Cameron Dantzler is one of the starting cornerbacks lining up outside, with Sullivan covering the slot. But the Vikings still need to find another starting cornerback who takes on outside receivers. One potential solution that could come to fruition is bringing back Patrick Peterson.

While Chris Tomasson notes when Peterson reaches a deal with a “new” team, the door doesn’t appear completely closed on Peterson playing a second season in the North Star State just yet.

Peterson has mentioned a few times now his interest in playing another season in purple on his podcast and with the Vikings still having roughly $14 million in cap space prior to the Sullivan signing, fitting Peterson and one other notable name under the 2022 budget is still a possibility.