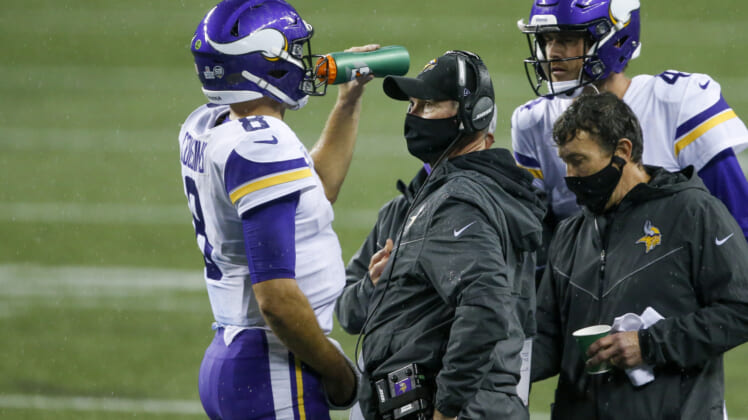 The Minnesota Vikings are what you would call a team stuck in the middle of the road. That’s mostly where they’ve been under the Rick Spielman tenure, and while they’ve never finished worse than 7-9 or selected higher than 11th in the NFL draft under Mike Zimmer, they also haven’t gotten past the Divisional Round since signing Kirk Cousins.

To some, this means it’s time to blow it all up. But why? Other than recency bias, with a 7-9 finish in 2020 and a 7-7 record in 2021, is there anything to indicate that this team is still just a few pieces away from contending?

Isn’t that the whole idea in the NFL? No team enters a year knowing they will get to the Super Bowl, it’s all about building chemistry, getting hot at the right time, and avoiding injuries as best as one can. Whoever is still alive in the playoff race once the calendar changes from December to January, has just as good a chance as any other team to get a ring.

While some fans want to complain that the Vikings haven’t had a 13-win season since 2017, they also haven’t been competing for draft picks either. Basically, it could get a lot worse. There’s about 10 franchises one could evaluate who are perpetually in a much worse standing than the Vikes. The Detroit Lions are an annual reminder, not far away from the Twin Cities. 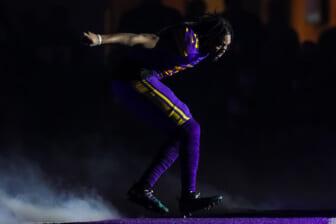 But, even if you wanted to look toward a “prestigious, accomplished” franchise, look no further than the New York Giants, who haven’t won a playoff game in a decade, despite having four Super Bowl titles to their name. Basically, things could get a lot worse.

Good teams don’t settle for mediocrity? Well, it turns out they do, all the time. The NFL is a “what have you done for me lately” league, which is how Doug Pederson somehow got fired in Philadelphia three years after winning the franchise its first ever Super Bowl.

Now, Pederson remains a top contestant to get re-hired elsewhere in the 2022 hiring cycle. Some fans would say the Vikings should be all over it, but I’d prefer to keep Rick Spielman, Mike Zimmer, and Kirk Cousins for yet another season.

You hear it all the time when teams are stuck at the bottom of the barrel each season, “if only we could get some consistency, some sort of continuity”. Well, the Minnesota Vikings have that right now. They’re in a fortunate position to not have any boneheads at GM, head coach, or at their QB position.

Currently, the biggest concern with the 2021 Minnesota Vikings is a lack of being able to stop the pass, and to a lesser extent, stopping the run. Basically, the defense.

Sure, one could argue, that means Mike Zimmer is failing. But that’s not entirely the case. Look at the defensive line, for example. Without Danielle Hunter, the team’s top pass rusher, the Vikings lead the NFL in sacks per game.

There are several players the team has drafted and developed on the defensive side of the ball under Spielman and Zimmer. From Hunter, Everson Griffen, Eric Kendricks, Anthony Barr, Harrison Smith, they have plenty of in-house talent that’s been developed over the years.

Not only have they grown as players, but they’ve also stayed home, where they were drafted. Which is a huge testament to not only the front office but also the coaching staff, in addition to the ownership group. Several other teams have trouble keeping talent on the roster after they’ve been developed, but the Vikings have never had that issue with Spielman and Zim. 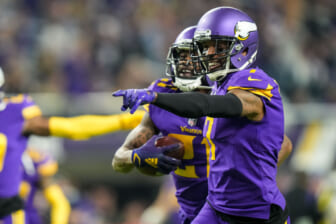 At the start of the 2021 offseason, you had Patrick Peterson, an eight-time Pro Bowl cornerback who wanted to come to Minnesota after 10 seasons in Arizona of all places. Usually, it’s the other way around. Snowbirds head to warmer climates as they age right? That’s the Minnesota way.

But not Peterson, he came to the Vikings specifically wanting to play for Zimmer. It’s a similar story to what we’ve heard over the years from Harry Hitman, Barr, and Kendricks as they’ve chosen to play their entire careers in purple. Why would you want to toss that out the window?

Do fans realize that if they push out Zim, that means a full-scale rebuild? Veterans who have only ever played for Zimmer would likely start choosing to chase the money, chase a ring, go play near whom, whatever reason player choose to change teams, but with Zimmer here? None of that nonsense, they want to win, in Minnesota.

You would be looking at a roster without Hunter, Kendricks, Barr, Hitman, and P2. Some may say good riddance, but that’s a lot of experience walking out the door in one year. Remember the culture shock after getting rid of the entire secondary from 2019 to 2020? Yeah, bad.

So I say, keep Spielman, keep Zimmer, and keep Kirk Cousins. Because unless and until you know you can do better at any given position, why does moving on make sense? Is a Hall of Fame version of Brett Favre coming to US Bank Stadium? Bud Grant? Does he have a few more games left for the Minnesota Vikings? 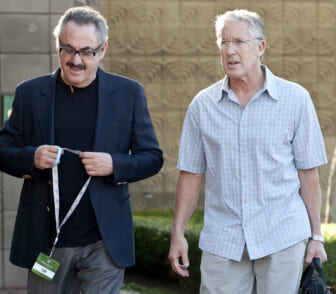