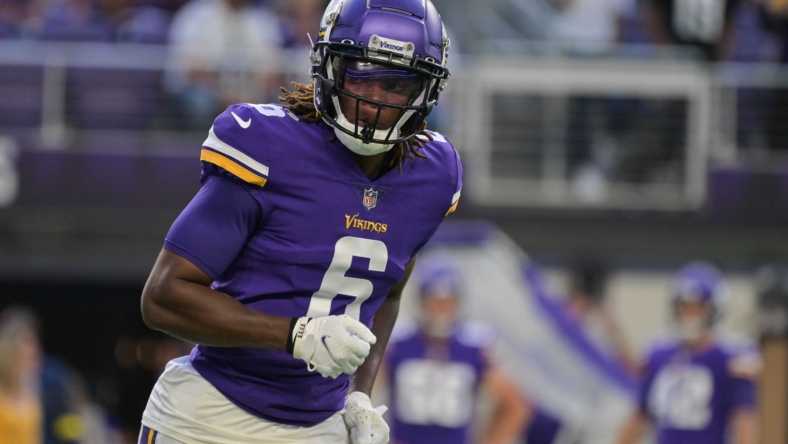 Playing overseas at Tottenham Hotspur Stadium in London, the Minnesota Vikings got off to a hot start, scoring a touchdown on their first drive from scrimmage. Unfortunately, that early momentum would quickly be met with somber notes when first-round rookie safety Lewis Cine suffered a lower left leg injury during a Minnesota punt return.

The play itself was not something Vikings fans will want to watch again. Here’s the video, but the injury is hard to watch.

Cine stayed on the field for a few minutes while the medical staff placed an air cast on his leg. The 32nd overall pick out of Georgia then had to be carted off the field back to the locker room. Cine, 22, was then transported to a local hospital for further evaluation. He is out for the game, and chances are, much longer.

After the game, coach Kevin O’Connell revealed Cine suffered a lower leg fracture and will have surgery in London. His timetable to return is unknown.

Selected to be a future starter next to 33-year-old six-time Pro Bowl safety Harrison Smith, Cine had played just one defensive snap coming into Sunday’s Week 4 contest against the New Orleans Saints.

Cine was seeing a majority of his snaps on special teams, where he played 15 snaps a piece in Week 2 and 3 after being out with an injury in Week 1.

Even if Cine’s absence doesn’t immediately hold back the Vikings defensively, the reps the first-year pro had been receiving in practice and even on special teams are far too valuable to miss out on altogether. It looks like his development will have to wait.