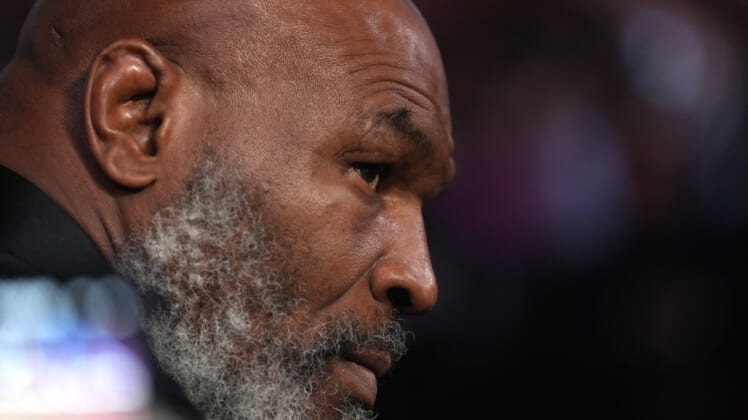 While some might think the idea of a Mike Tyson vs Jake Paul fight would be ridiculous, the boxing legend thinks a possible clash between the two could be “very interesting.”

We are in a very unusual time in boxing history. Although there are certainly amazing talents competing right now that will be looked back on as some of the best in history, many of the most relevant bouts over the last five years don’t include championships or even a fighter ranked in the top 30 in any of the sports current divisions.

In 2020, an exhibition between legends Mike Tyson and legend Roy Jones, Jr. was one of the most successful pay-per-views of the last decade. In 2021, the exhibition between Floyd Mayweather, Jr. and YouTuber turned amateur boxer Logan Paul did far better than it had any right to considering the sizable gap in skillset between the two.

However, the true face of what seems like an alternate universe of relevant boxing is Jake Paul. The brother of Logan has skyrocketed to fame by bringing his massive fanbase with him to the sport, and by handing knockout losses to former champions from mixed martial arts.

When it comes to finding Paul’s opponents, it seems like anything is possible for the 5-0 boxing neophyte. And that is exactly why Tyson was asked about a fight against him during an appearance last week on Jimmy Kimmel Live. Yet, instead of scoffing at the idea of a 55-year-old boxing legend sharing the ring with a 29-year-old rapper/actor, “Iron Mike” was actually intrigued by the idea and also took a moment to compliment Paul’s developing abilities.

“That could be very interesting. I never really took it serious but yeah, that could be really interesting,” Tyson said. “He’s skilled enough, yes. I’m [going] to give it to him, he’s skilled enough because he’s winning. Even if he’s fighting guys that you don’t believe are good enough fighters, they should be able to beat him but they can’t. He is beating people that he shouldn’t really be beating so you got to give him that credit. He’s beating people he really should not be beating. He is doing good for a guy that just [started] doing it and he is doing so much good for boxing.” 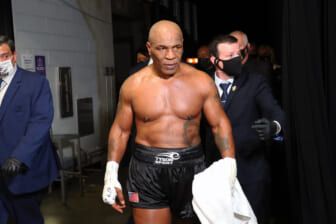 Paul has received a lot of hate from combat sports fans, media, and even fighters for his impressive success in such a short time. However, Tyson admires what Paul has been able to build in just five fights, and believes he is far more helpful for the sport than hurtful.

“Listen, this guy has seven million people following him every time he fights. The champions of the world don’t have that many people following them so what he is doing for boxing is just sensational,” said Tyson. “No one should be hating on that, let’s just fight ‘em. He’s helping everybody get money. Why are people mad at him?”

Yet, if a bout were to happen, the New York native made it clear that it needs to happen soon. “It has got to happen this year,” said Tyson.

Tyson has yet to book a follow-up to his 2020 return fight. Paul, on the other hand, is set to return to action on Aug. 6 at Madison Square Garden in New York. However, an opponent has yet to be announced.