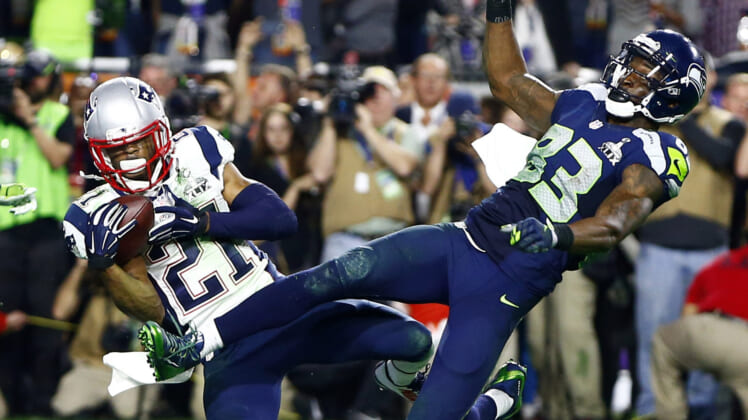 After a full season out of football, Malcolm Butler, the Super Bowl XLIX hero is ready to return to the NFL and he’ll be doing so in a familiar atmosphere signing with the New England Patriots. Even though Tom Brady is long gone, Butler will have plenty of former co-workers leftover to help him get re-acclimated in Boston.

According to Adam Schefter of ESPN, Butler has agreed to a two-year contract that can be worth as much as $9 million. This deal reunites him with Bill Belichick who helped coach him from an undrafted free agent to once one of the top corners in football.

Butler announced his retirement due to personal reasons in August of 2021 after signing on with the Arizona Cardinals in free agency. He remained out of football for the rest of the season.

Then, in February, with Butler planning to make his return to the NFL, the Cardinals released his rights, allowing Butler to sign with any team of his choosing.

What can Malcolm Butler offer Patriots after a year in retirement?

At age 32, there’s no telling how much Malcolm Butler has left in the tank. The last season in which Butler played came in 2020 with the Tennessee Titans. Butler started four of the 16 games he appeared in, finishing with a career-high 100 tackles and four interceptions.

With the Patriots, Butler can help try and replace J.C. Jackson who departed for the Los Angeles Chargers in free agency at a much higher salary rate than Butler will command. Butler might even vie for a starting role in his first season back, but with much of the offseason ahead, that’s no sure thing.

First, Butler has to prove he still has it. Judging by Belichick being the one to offer him a contract, there’s a good chance Butler didn’t lose much, if anything, during his year away from football. Hopefully whatever was plaguing him, causing him to retire is in the rear view and he can get back to focusing on his professional football career from here on out. If that’s the case, the Patriots may have just gotten yet another bargain. But that’s nothing new.