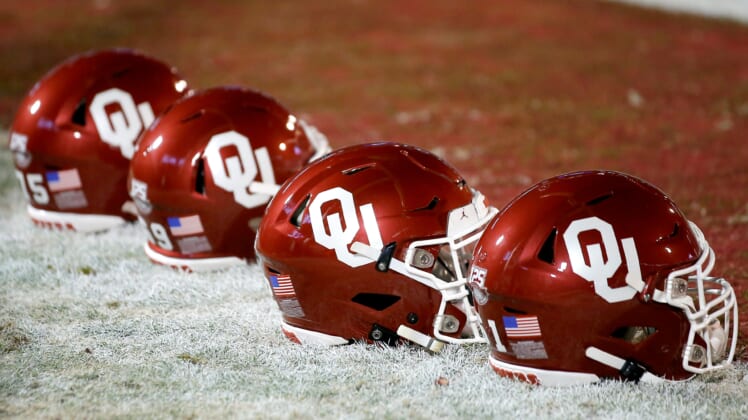 Malachi Nelson, the No. 2-ranked quarterback in the Class of 2023, has made his decision.

The 247Sports composite lists Arch Manning, the nephew of Super Bowl-winning QBs Peyton and Eli Manning, as the nation’s top quarterback and No. 1 overall player. Malachi Nelson is ranked No. 5 overall.

He’s not being eligible to sign a national letter of intent for about 18 months, but the 6-foot-3, 180-pound Nelson said he has seen and heard enough to make his college selection.

“I’m excited and ready to go,” Nelson told 247Sports. “I know some feel it’s early but I want to start building this recruiting class. I’ve been going through this process since I was in eighth grade so I feel like I have all the information necessary.

“Plus it’s my parents anniversary on the 18th so why not give them something special to remember for all that they have done for me.”

Heading into the 2021 campaign, Rattler is considered one of the top Heisman candidates in the nation. He follows the likes of current NFLer’s Kyler Murray, Baker Mayfield and Jalen Hurts to have starred for Riley in Norman. 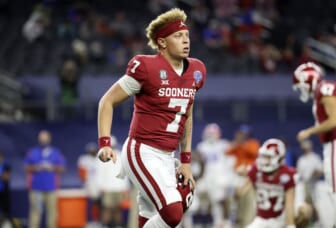 As for Malachi Nelson, he threw for 1,513 yards with 23 touchdowns against four interceptions as a sophomore for Los Alamitos High School in Southern California. He is the third top-30 quarterback to commit to Oklahoma over the past five years. Nelson joins Rattler and 2021 commit Caleb Williams, the latter of whom was the No. 1 dual-threat quarterback prospect in the class.

Where does the Malachi Nelson commitment leave Arch Manning?

Currently the No. 1 overall prospect in the class of 2023, Manning is starring for Isidore Newman School in New Orleans. He’s considered by many to be a generational talent in the same vein as uncles Peyton and Eli Manning.

As of right now, Manning has received offers from Alabama, Clemson, Georgia, LSU, Mississippi, Texas and Notre Dame, among others.

Obviously, Arch will not be heading to Oklahoma after the Malachi Nelson commitment.