USC expected to name Lincoln Riley as next head coach 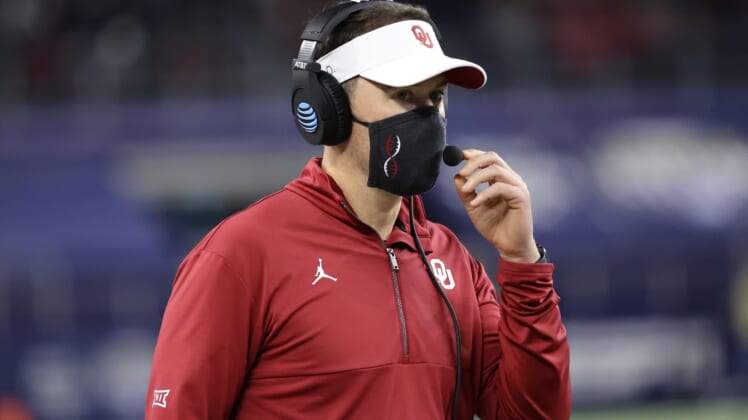 In what has to be considered earth-shattering college football news, the USC Trojans are expected to name Lincoln Riley as their next head coach within the next 24 hours.

The report comes to us via Pete Thamel of Yahoo! Sports and is going to have wide-ranging ramifications around the nation.

According to the report, an announcement is pending regarding Lincoln Riley moving on from Oklahoma and heading to Southern California.

To say this is a big deal would be the understatement of the year. Riley, 38, has drawn interest from multiple NFL teams — only to decide to remain in Norman. There was also a report late Saturday evening indicating that LSU was targeting Riley to be its next head coach. The four-time Big 12 champion threw that idea out the window almost immediately.

Oklahoma’s head coach since back in 2017, Riley led the program to a major bowl in each of his first four seasons with the program. He also oversaw the growth of Heisman winners Baker Mayfield and Kyler Murray in Norman before helping Jalen Hurts become a second-round pick in the 2020 NFL Draft.

The Texas native has posted an absurd 55-10 record as Oklahoma’s head coach and is seen as one of the top young football minds in the nation.

As for USC, we’re talking about a team that’s 4-7 this season with a season finale against CAL coming up. The Trojans have fallen on hard times since Pete Carroll jettisoned the program for the NFL’s Seattle Seahawks back in 2009. In fact, USC has not won double-digit games since all the way back in 2011. Clay Helton was fired earlier this season after posting a mediocre 46-24 mark as the Trojans’ head coach.