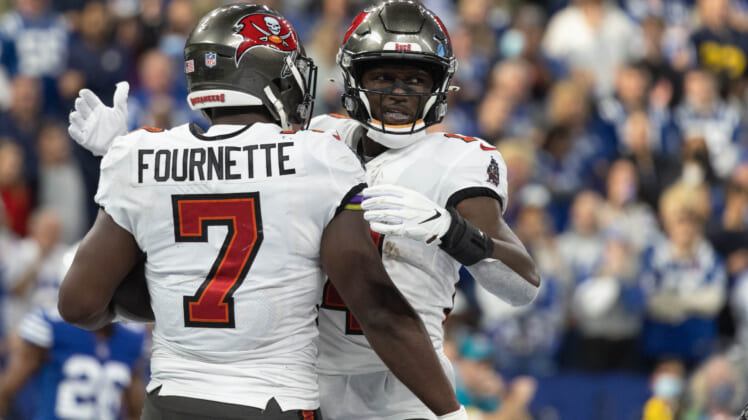 Leonard Fournette turned his career around with the Tampa Bay Buccaneers. Viewed as a draft bust after being cut by the Jacksonville Jaguars in 2020, the 6-foot running back heads into NFL free agency with an opportunity to cash in.

Hitting the open market before his age-27 season, let’s examine the best landing spots for Leonard Fournette in free agency,

While Fournette didn’t cross the 1,000-yard mark in 2021, it’s largely the result of the system he played in last year. Tampa Bay ran the ball on just 33.54% of its plays, per TeamRankings.com, the lowest run rate in the NFL by far. Despite that, he produced at a very high level in only 14 games.

Following Tom Brady‘s retirement, Blaine Gabbert is the projected starting quarterback in Tampa Bay next season. It means a clear shift to a more run-heavy offense, relying on a back who can contribute on all three downs. The Buccaneers know Fournette can fill that role and he’s earned the trust of the coaching staff. Right now, we’d consider a return to Tampa Bay to be the likeliest scenario.

Fournette might want to find a team willing to put him into a featured role. However, a willingness to be more of a complementary player in a committee backfield could open new doors. The Los Angeles Chargers need a bruiser who can break through tackles, fight for contested yards and punch it in near the goal line. It’s a role Fournette could thrive in alongside Justin Herbert. 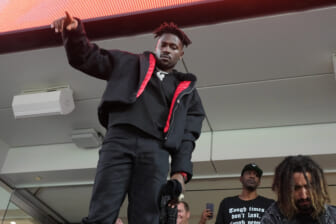 Fournette and Austin Ekeler are the ideal pair. Los Angeles can keep deploying Ekeler as its pass-catching weapon, he’s arguably the best receiving back in the NFL outside of Christian McCaffrey. Signing Fournette would allow Ekeler to stay healthy for an entire season and this two-man RB rotation would benefit the entire Chargers’ offense.

Devin Singletary showed real flashes of being a ball carrier the Buffalo Bills can rely on over an entire season. But a team with Super Bowl aspirations can’t afford to take risks without having a strong backup plan. Given the running backs available this offseason, Buffalo is better off just signing one of the best on the open market.

Singletary and Fournette could also split touches. While Fournette isn’t a phenomenal pass-catcher, he is more explosive and dependable than Singletary. It would allow him to see the field more on third downs, potentially opening the door to a three-down role. He’d also get to play for one of the best teams in the NFL, providing him a shot at another Super Bowl ring.

The Seattle Seahawks will likely cut Chris Carson this offseason and a brilliant stretch late in the season might lead to Rashaad Penny finding better offers elsewhere. It creates a hole at running back for a team that obviously wants its identity to be balanced between Russell Wilson and the rushing attack. 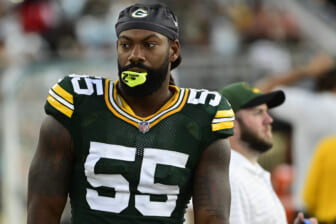 Also Read:
9 players who could be 2022 NFL cap casualties

This is where Leonard Fournette steps in and becomes the workhorse back in Seattle’s offense. Pete Carroll can depend on the 228-pound bruiser to handle a sizable workload. Fournette is also very comfortable running between the tackles and could turn 60-plus receptions into 500 receiving yards.