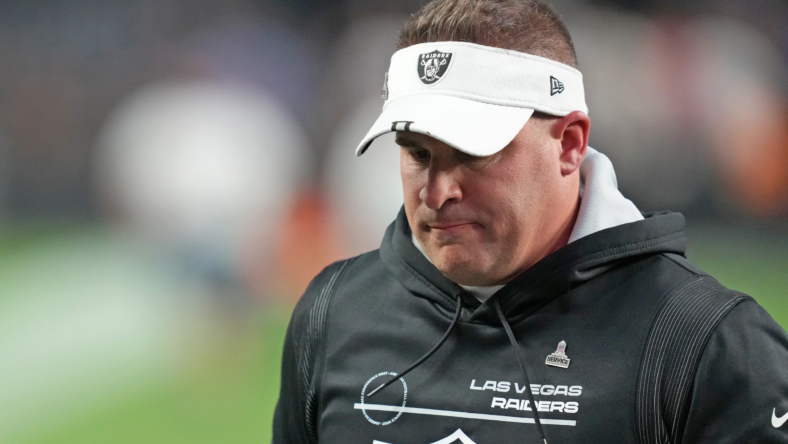 If you are a frustrated Las Vegas Raiders fan hoping the organization brings a speedy end to their disastrous relationship with new head coach Josh McDaniels, a league insider claims the former Patriots assistant is going nowhere.

There really is no other way to put it. The first nine games of the McDaniels era in Vegas have been a nightmare. Despite the team winning 10 games last season and then adding elite talents like Davante Adams and Chandler Jones to the 2022 roster, they have been a mess so far this season.

The Las Vegas Raiders are 2-7 heading into Week 11 and have the second-worst record in the entire. This is not at all what the organization and its fan base expected when they passed on bringing back interim-head coach Rich Bisaccia and instead hired New England offensive mastermind, Josh McDaniels.

McDaniels’ second stint as an NFL head coach is going worse than his previous one in Denver. With many franchises willing to dispatch underperforming coaches quickly, some are hopeful the Raiders dismiss McDaniels from his role. However, a new report claims the team can’t make the move based on their current finances.

On Wednesday, Los Angeles Times NFL columnist Bill Plaschke (via Dov Kleiman) claimed that the team can’t make the bold decision of firing their head coach mid-season because “they don’t have the money to fire him.” And that they are too “cash poor” to pay off the rest of his contract with three more seasons left on it.

The team signed McDaniels to a four-year deal in January after a second successful stint in New England as the Patriots’ offensive coordinator. The Raiders reportedly gave former head coach Jon Gruden a 10-year deal worth $100 million, with $40 million guaranteed. While he didn’t get that money, or the guaranteed sum, after resigning last season amid an email scandal, he is likely to have gotten nearly half of that guarantee. 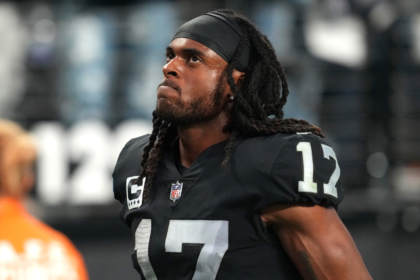 Also Read:
Davante Adams calls out Raiders teammates for not being bought into Josh McDaniels’ culture

It is unclear what McDaniels makes annually, but with the team giving massive extensions to quarterback Derek Carr, receiver Davante Adams, and tight end Darren Waller this year, they are probably not in a financial position to hand out another large lump sum, then hire another expensive head coach for a third straight season.