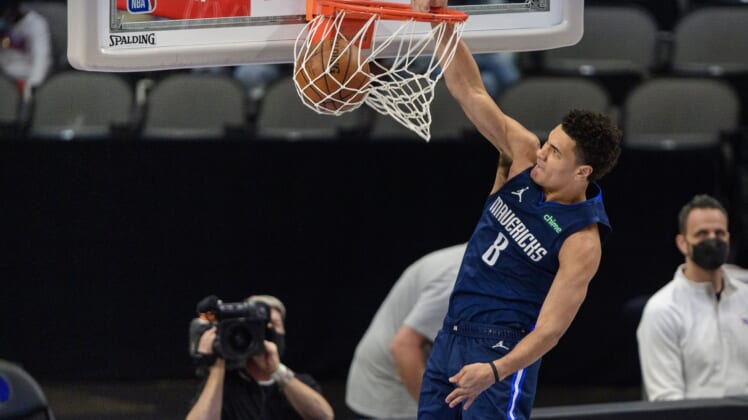 Even after a blowout loss to the Memphis Grizzlies, the Dallas Mavericks are in control of their own playoff seeding spot. A few short weeks ago that seemed impossible, but a 10-3 run has made the Mavs the clear favorite for the 5th seed.

One of the more surprising contributions during this winning run has come from Josh Green. The Australian rookie has struggled for minutes, but has impressed in limited time. Here’s why Josh Green should be getting even more minutes.

Josh Green is an underrated playmaker

Jalen Brunson, Josh Richardson, Trey Burke, and Tim Hardaway Jr. are not playmakers. They serve as options for Doncic, usually for three point shots, but none of them are capable of running the offense. Surprisingly, the second-best passer on the team is Josh Green.

Green almost never looks for his own shot, instead trying to set up teammates. Dwight Powell is often the beneficiary of Green’s passes, leading to easy finishes at the rim. In transition offense, Green almost always makes the right decision, a rare quality in a rookie.

Dallas did not expect Green to be one of their best passers, but he’s showing how to contribute offensively without scoring.

While there were doubts about Green’s shooting, no one has ever questioned his defense. Even as a rookie, Green is one of the smartest defenders on the team. He can diagnose plays a step in advance, giving him an advantage over the defense.

In a recent game against the Miami Heat, Green recorded three steals, all on jumping passes. Green’s athleticism makes him a valuable individual and team defender. The former Arizona man has elite lateral quickness and can make a play without committing a foul. Even when he makes a mistake, Green is able to quickly recover.

Green has struggled for playing time, but games like the one he had against the Heat show why he’s so important. Dorian Finney-Smith can guard a team’s best wing, but there’s no one to guard the second best wing. In the few minutes he’s played, Green has shown he’s more than capable.

Even though Dallas is on a great run, the team still struggles with effort on a night to night basis. The Mavs often come out flat in the first quarter, sometimes digging too big a hole to get out from. Powell replacing the injured Kristaps Porzingis gave a jolt to the starting lineup, but Green’s hustle off the bench has been just as important.

Every time Green is on the court, he’s giving his full amount of effort. Usually, he’s running in a full sprint on both offense and defense. Green goes for offensive rebounds, runs fast breaks, all while playing aggressive defense.

This energy is contagious and the Mavs have been feeding off it. In that Heat game, Green entered at the start of the second quarter with the Mavericks down by 11. He played the entire quarter and was the spark for Dallas outsourcing Miami 33-15. He played so well coach Rick Carlisle benched Richardson to give Green more minutes.

Players who can give teams a spark off the bench are so valuable, especially with this season’s congested schedule. Green is one of those players and he deserves more minutes. 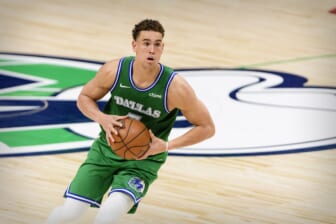