Jay Cutler experienced relentless hits and sacks during his 12-year NFL career. With his playing days behind him, the former Chicago Bears quarterback is concerned about the effects football will have on his long-term health.

In an in-depth feature with GQ’s Clay Skipper, the 38-year-old opened up about what his life has been like after retiring in 2017.

Cutler started 153 games during his career, taking 322 sacks and countless other hits that resulted in concussions, dizziness or general soreness. Just a few short years after he walked away from football, he admitted that he is prepared for long-term consequences from his NFL career.

“I think I’ve damaged enough things and brain parts and heart and everything in my life, if I make it to 80, or anything after that, I’ll be happy.”

Cutler previously acknowledged suffering at least 15 concussions during his career and there remains a possibility that some went undiagnosed.

After years of denials, the NFL affirmed in 2016 there was a known link between playing football and suffering chronic traumatic encephalopathy (CTE). Many players have reported experiencing symptoms after they retired and Cutler is among them, citing memory loss in his 30s.

“Oh, absolutely. I would say definitely my memory isn’t the same as it was 5 years ago. The amount of concussions I’ve had are probably in the double digits. It’s gonna catch up to me at some point. I’m just trying to delay it as much as possible.”

While CTE can’t be diagnosed until after a person dies and brain tissue analysis is conducted, there are many worried they already have it.

Former San Francisco 49ers tight end Greg Clark died unexpectedly at 49 and his family believes he was suffering from CTE.

Many NFL legends and recognized names have been diagnosed with it after their death. Following his death by suicide, Junior Seau was diagnosed with CTE. Hall of Famers John Mackey, Ken Stabler, Frank Gifford and Mike Webster were also confirmed to have it. 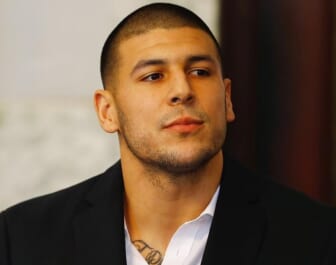 CTE, caused by repetitive hits to the head, can cause a decline in cognitive function, poor impulse control and increases in aggressiveness and volatility.

Cutler said that he doesn’t regret playing in the NFL and he would “sign up in a heartbeat” to do it again if he could. As more players experience CTE symptoms and their families deal with the struggles, that answer may not be as common as it was years ago.