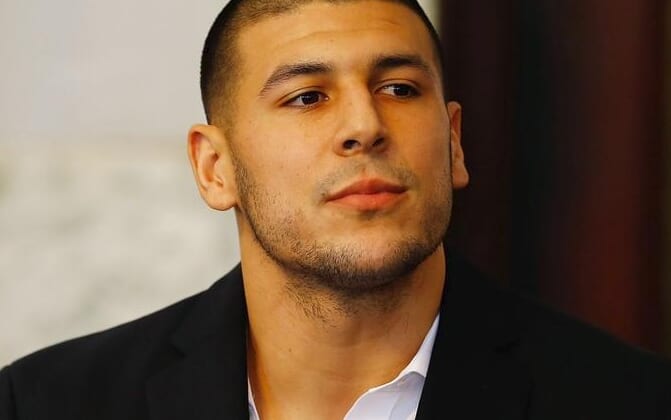 A former fourth-round pick of the New England Patriots, Aaron Hernandez was once one of the brightest offensive stars in the league. That came to a crashing halt when he was charged — and ultimately convicted — of first degree murder charges stemming from the 2013 death of friend Odin Lloyd.

Serving out a life sentence Souza-Baranowski Correctional Center in Massachusetts, Hernandez committed suicide this past April. Following his death, Hernandez’s family sought to figure out whether the former Florida standout was suffering through Chronic traumatic encephalopathy (CTE).

Those findings were released on Thursday. And according to lawyer Jose Baez, Hernandez did indeed have advanced CTE.

“Aaron suffered from a severe case of CTE. This is the most severe case for someone of his age,” Baez said, via a local Boston NBC News affiliate.

Not only that, Baez is suing both the Patriots and the NFL on behalf of Hernandez’s daughter.

It’s definitely not new for former NFL players to take the league to court. But there’s definitely a lot more to this than blaming the NFL for its previous inability or unwillingness to deal with the issue of brain trauma on the field. Hernandez had a whole plethora of off-field incidents before he even entered the NFL as a member of the Patriots. This is most definitely an argument the league will use in court.

Either way, the idea that the Hernandez drama would die with the former star tight end can now be thrown completely out the window. It will be interesting to see what comes of this.