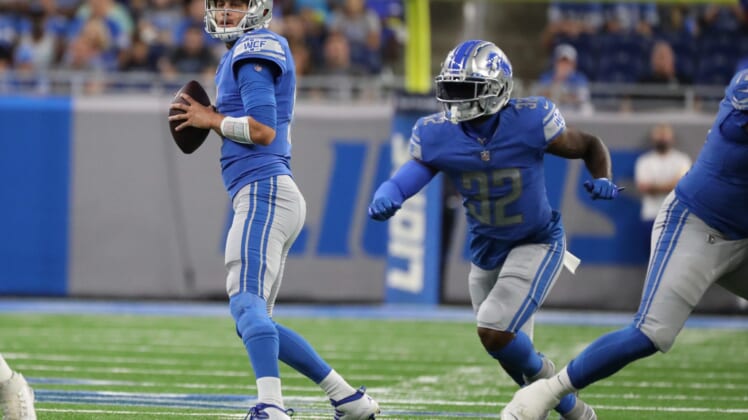 The backdrop here is Rodgers’ Green Bay Packers squad coming off a brutal 38-3 season-opening loss to the New Orleans Saints and questions about this team on the young campaign.

Despite Detroit’s lack of previous success in Green Bay, it does not appear that Jared Goff was rattled one bit. He helped the Lions take the opening kickoff and drive down the field 75 yards on seven plays in less than 4:30 minutes, culminating in this touchdown pass to Quintez Cephus.

All said, Goff completed 4-of-4 passes for 68 yards and the opening drive. That included a 46-yard pass to the aforementioned Cephus to open scoring.

Goff lost his debut with the Lions last week to the San Francisco 49ers by the score of 41-33. However, the former No. 1 pick completed 38-of-57 passes for 338 yards and three scores in said game. As for the Packers, they have been outscored 45-3 through four-plus quarters this season.