Indiana Pacers are one of the youngest teams in the NBA, and that’s not a bad thing 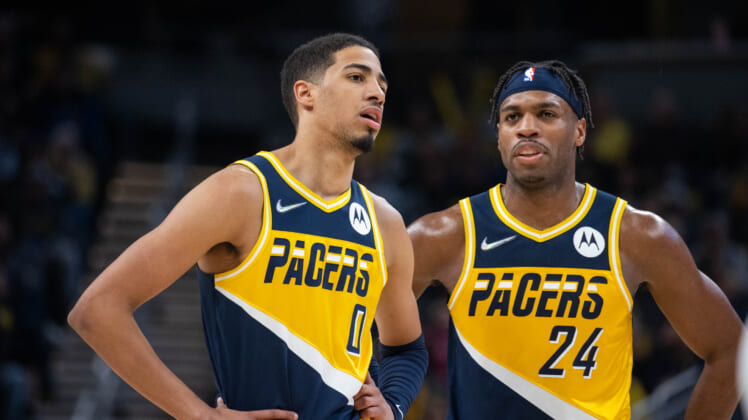 The Indiana Pacers went from being one of the older teams in the league to one of the youngest overnight. Last season their average age was 26.6 years old. For this upcoming season, it is now 24.1 years old. The only teams younger are Detroit Pistons, Houston Rockets, Memphis Grizzlies, Oklahoma City Thunder, Orlando Magic, and San Antonio Spurs. The Portland Trail Blazers have the same average age.

Interestingly enough, only Memphis is a playoff team. Of the remaining list, I’d say Indiana is the most likely of the bunch to be the first ones to make the playoffs. There might be just a little bit of bias in that previous statement. However, like all youngsters, they could use wisdom and guidance from older more experienced players.

Related: Examining the Indiana Pacers history and its impact on the future

But do they really need veteran players? Veteran players are older, closer to retirement, and aren’t as good as they once were. So while their experience and wisdom are valuable they don’t always contribute on the court in a positive and meaningful way. They could be more of a detriment on the court than an asset. And it’s not like the Pacers have a Udonis Haslem on their roster like the Miami Heat.

While the Pacers don’t have a typical “old guy” on their roster they do indeed have a few veteran players. Some of those guys are also in high demand too. Subsequently, it means their game is still more of a help than a hindrance. Well, if you haven’t figured out who the old guys are by now then I guess I’ll tell you. These “greybeards” most likely to be on the roster this season and play meaningful minutes and Daniel Theis (30), Myles Turner (26), T.J. McConnell (30), and Buddy Hield (29). 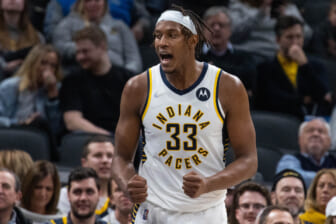 These vets could all be traded as well. The biggest reason being they don’t fit the current timeline of the new core of young talent. Turner and Hield are both in the highest demand. While Theis and McConnell can have some trade value. Most likely, the latter would be packaged with the aforementioned or moved to a team that has suffered an injury to a rotational player.

The return the Indiana Pacers would be seeking from any move would be draft picks, a young rising player, or a combination of the two. They could take on a bad contract as well since they have a lot of cap space. And at this point, I think the organization is leaning more toward giving all of the players a raise rather than reaching the salary cap minimum by making a “bad trade.“

Should the Pacers seek out a meaningful greybeard?

Now, getting away from my speculation and back to the main topic at hand. Do the Indiana Pacers need a veteran player? The answer is no because they already have several. Of the current list of NBA Free-Agent big men, there isn’t a single one that is without argument better than Turner. And when it comes to guards there is only one player who checks the box of being a veteran and fitting the new timeline. That’s Collin Sexton and while he’s a better scorer, he’s not a better shooter. 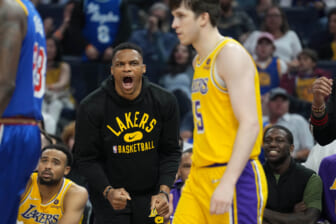 And with the current construction of this roster, and the current game of the NBA, Hield is the more valuable player. So, again, while some fans are clamoring for the Pacers to add a veteran player. The truth is the team doesn’t need to. For now at least. If the team were to move any of the “old guys” then there would be a need for the adding of a veteran player. But for now, Pacer fans need to enjoy this roster and look forward to the upcoming season. This team could very easily surprise many with how good they are.