Examining the Indiana Pacers history and its impact on the future 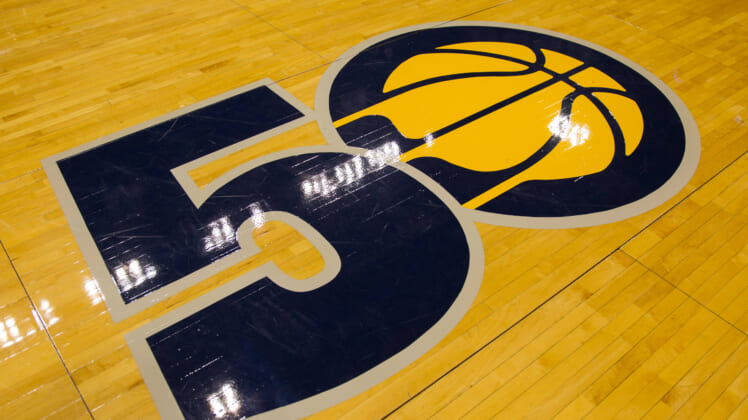 It’s been 22 years since the Indiana Pacers last made a trip to the NBA Finals. While fans certainly don’t need the reminder, the 1999-’00 Pacers were the only team in franchise history to reach the NBA Finals. So, what has happened to Indiana’s NBA team ever since?

The Pacers dismantled their championship roster. While it still made the NBA playoffs in the next six consecutive seasons, only twice did Indiana make it past the first round. The 2005-2006 team marked the end of the team’s nine consecutive playoff appearances. During those nine seasons, Indiana had three different head coaches; Larry Bird, Isaiah Thomas, and Rick Carlisle.

Looking back, Indiana’s roster during that playoff run was old and had reached its peak. Unfortunately, it ran into one of the greatest dynasties in NBA history. Facing the Los Angeles Lakers, the Pacers fought just to lose to Kobe Bryant and Shaquille O’Neal in six games.

To Indiana’s credit, it was able to quickly reload talent as opposed to rebuilding. Making shrewd moves to acquire young ascending talent, the Pacers were able to put together another core that was championship worthy.

All of this was another attempt to get Reggie Miller a championship before he retired. Unfortunately, the most beloved player in franchise history never got a ring. The organization’s second-best attempt at a ring during the Miller era ultimately failed with a loss to the Detroit Pistons in the Eastern Conference semifinals, a rivalry at that time that lives in NBA history.

After that season the organization dismantled the team and looked to rebrand and distance themselves from the players synonymous with the Malice at the Palace. It proved costly, resulting in four long seasons of losing and dismal fan attendance.

In the 2010 NBA Draft, the Pacers drafted two more players that would be part of their new finals-worthy core; Paul George and Lance Stephenson. Stephenson and George, teaming up with 2018 draftee Roy Hibbert. While Indiana suffered a first-round exit at the start of the Frank Vogel era, everyone could see that the Pacers were on the ascension.

During the Vogel years, the team would make a run of four consecutive playoff appearances. Unfortunately, this core group of finals-worthy players ran into the Miami Heat, another historically dominant team led by Hall of Famers.

The Pacers would never make a finals trip and subsequently be dismantled. And another similarity to the Miller era the Pacers tried to reload for another NBA Finals run around George. But that’s where the similarity ends. The organization was never able to repeat that success and ultimately led to George forcing his way out of Indiana.

To the credit of the front office, they were able to miraculously get to two All-Stars in exchange for George. For a brief moment, it looked like the Pacers might be ascending towards another finals-worthy team. However, this turned out to be fools gold or a mirage. Victor Oladipo looked like a future star only to turn his back on the organization that actually believed in him. This was a very unexpected turn of events and the organization quickly tried to salvage the team it was building.

It made “band-aid” moves in acquiring Malcolm Brogdon and Caris Levert. They also moved on from Vogel, first replacing him with Nate McMillan and then Nate Bjorkgren. None of these maneuvers worked and it brings us to the present day with Carlisle back at the helm.

Looking towards the future

Now the organization is once again appearing that it is on an upward trajectory and looking like there will be a new NBA Finals-worthy core. The acquisition of Tyrese Haliburton, Buddy Hield, and Aaron Nesmith, the re-signing of Jalen Smith, and the great drafting of Chris Duarte, Isaiah Jackson, and Bennedit Mathurin.

All Pacers fans are believing that this new group of youngsters, some of who are younger than the age of this finals drought, will be the ones to get the team back to prominence. And subsequently, ending this terrible streak and finally breaking through with an NBA title.