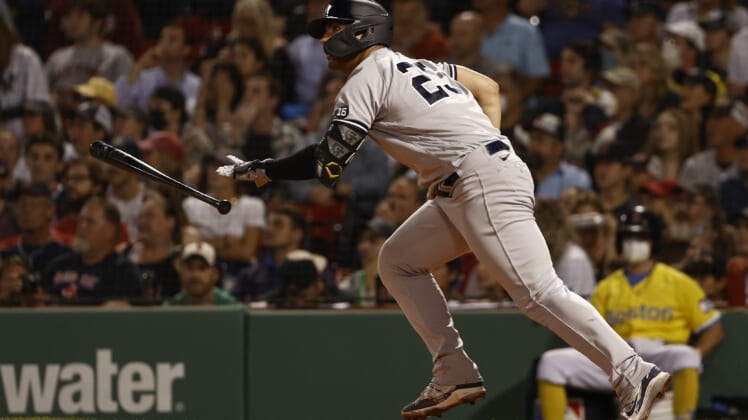 While New York Yankees infielder Gleyber Torres isn’t being floated in MLB trade rumors, it doesn’t mean he’s a lock to stay in New York. In the wake of re-signing Anthony Rizzo and acquiring Josh Donaldson and Isiah Kiner-Falefa from the Minnesota Twins, the Yankees have an infield glut.

Manager Aaron Boone’s infield rotation is currently made up of Torres, Rizzo, Donaldson, Kiner-Falefa and DJ LeMahieu. Meanwhile, at least one of top infield prospects Anthony Volpe and Oswald Peraza could make their big-league debut in 2022.

Torres has put together back-to-back discouraging seasons, which came after a pair of auspicious ones. There has been plenty of good and bad for Torres, the latter potentially leading to his departure from the Bronx. Here are three ideal trade destinations for Gleyber Torres if the Yankees continue to alter their infield.

It’s difficult to get a gauge on what the future holds for the D-Backs, but they didn’t sell last season despite being one of the worst teams in the sport. They also made a pair of win-now moves this offseason in signing relievers Mark Melancon and Ian Kennedy. Acquiring Torres would get the D-Backs a step closer to the postseason.

Torres has shown glimpses of stardom with the Yankees. He has been an intimidating power threat from the right side while making highlight-reel snags at both middle infield positions, though, his defense has been hot and cold.

With Ketel Marte primarily playing center field, Torres can play second, forming a respectable double-play duo with Nick Ahmed. One figures that Torres bounces back from a rough 2021 campaign. He’s 25 and adds upside to a team in need of direction.

At the moment, there isn’t a single part of the D-Backs’ roster that has elite potential. One way or another, they need some of their starting pitchers to get back on track (e.g. Madison Bumgarner and Zac Gallen). In the meantime, they can bolster their offense with Torres, attempting to refine his swing while committing to him at second.

All that said, the D-Backs may refrain from trading for Torres, as they could feel his arrival doesn’t move the needle enough to pull the trigger.

Josh Bell is the Nationals’ first baseman, and that’s about it when it comes to knowing the team’s starting infield; the other three positions likely come from the combination of Cesar Hernandez, Alcides Escobar, Maikel Franco, Luis Garcia and Carter Kieboom. The Nationals need help in the infield, and Torres is a compelling option for their sake.

Washington’s entire infield depth chart is precarious. Bell is a free agent after 2022 and has been up and down at the plate over his MLB career. Hernandez and Escobar are likely stopgaps. Garcia and Kieboom, a pair of former top prospects, have never sustained considerable success. Torres becomes a long-term answer at one of the three vacant positions.

Under contract for the next three seasons, Torres would theoretically be present for the Nationals’ entire rebuild. He gets a change of scenery, hitting around the likes of Juan Soto, Bell and Nelson Cruz. Torres gives the Nationals an immense infield upgrade and someone who has found his fair share of success at the big-league level.

It’s imprudent for a team to expect every one of its top prospects to pan out. Washington’s infield is lacking in productivity and efficiency. Torres helps bypass some of that growth while serving as a player for them to build around.

The factor that could stop the Nationals from pursuing Torres, though, is them preferring to preserve their prospect capital, as they’re in the early stages of a rebuild.

Miami Marlins lineup gets a spark

The Marlins have made a flurry of plausible additions to their lineup this offseason (Avisail Garcia, Jorge Soler, Joey Wendle and Jacob Stallings). That said, it’s likely not enough for them to crack the MLB playoffs barring a couple of players having breakout seasons. The clock is ticking on the Marlins. Torres gives them more ammunition.

Jazz Chisholm and Miguel Rojas project to make up manager Don Mattingly’s middle infield, but there’s some versatility with this combination. Chisholm is adept at playing both second base and shortstop. With the designated hitter now in the National League, Rojas could assume a multidimensional role that sees him serve as the DH and the first infielder off the bench. 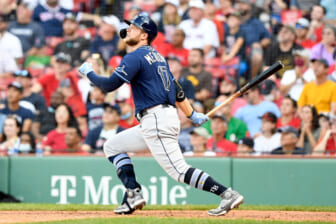 At his best, Torres has been an All-Star-caliber player. When at his worst, Torres has made a great deal of weak contact and been inconsistent. Simultaneously, an inconsistent Torres or a mix of his best and worst would be one of the better players on the Marlins’ positional depth chart.

The Marlins are filling voids, but there are few, if any positions that are locked in for the foreseeable future. At the very least, Torres adds legitimate infield competition and makes the Marlins a better team on the whole.

Miami has superb starting pitching and a respectable bullpen. They need a reliable lineup; Torres helps their lineup become such a force and provides the upside for it to be a prosperous unit.