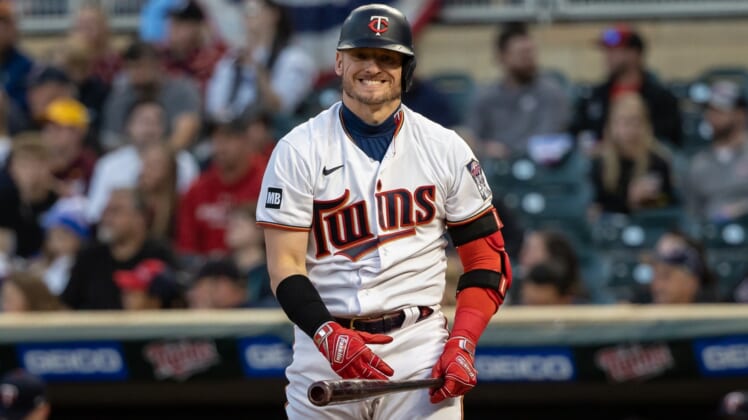 Donaldson is a three-time All-Star who won American League MVP honors in 2015 when he was a member of the Toronto Blue Jays. He has 251 career homers, 26 of them coming last year in his second season with the Twins.

Donaldson got into a verbal sparring match with Yankees ace pitcher Gerrit Cole last June. Donaldson expressed that he felt the spin rate on Cole’s pitches had suddenly dropped due to other pitchers being disciplined by Major League Baseball.

Donaldson implied that Cole had cut back on sticky substances due to the suspensions.

“Is it coincidence that Gerrit Cole’s spin rate numbers went down (Thursday) after four minor leaguers got suspended for 10 games,” Donaldson said. “Is that possible? I don’t know. Maybe.”

Cole wasn’t happy to have to address the topic.

“Obviously, it’s undesirable. But I understand that this topic is important to everybody that cares about the game,” Cole said. “In regards to Josh specifically, I felt like it was a bit of low-hanging fruit, but he’s entitled to voice his opinion. I have other things that I just need to keep my focus on.”

Now they will be teammates. Donaldson, 36, has a .269 career average and 728 RBIs in 1,201 major league games with the Oakland Athletics, Blue Jays, Cleveland Indians, Atlanta Braves and Twins.

The Twins reportedly wanted to dump Donaldson’s contract. He is owed $50 million over the next two years, and they now will try to find a taker for Sanchez, who they have no interest in keeping.

Sanchez has 138 homers and 340 RBIs in 538 career games in six-plus seasons, all with the Yankees.

Isiah Kiner-Falefa was just acquired by the Twins on Saturday from the Texas Rangers. He and right-hander Ronny Henriquez went to Minnesota in exchange for catcher Mitch Garver.
‘
Kiner-Falefa, who turns 27 on March 23, batted .271 with eight homers, 20 stolen bases and 53 RBIs in 158 games last season. He won a Gold Glove at third base in 2020.

Rortvedt, 24, batted .169 with three homers and seven RBIs in 39 games as a rookie with the Twins last season.