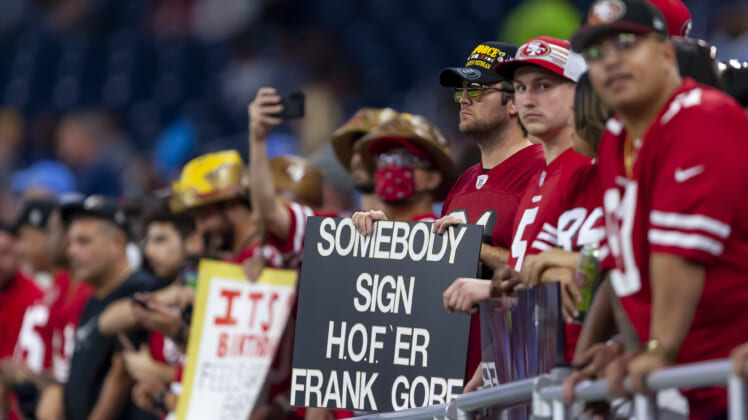 Frank Gore, arguably the greatest running back in San Francisco 49ers history is set to re-sign and retire with the franchise he played 10 seasons for.

On Thursday morning, Pro Football Talk broke the news that Gore would sign a one-day contract with the 49ers and then officially bring an end to his NFL career after 16 seasons. In April, the 39-year-old revealed he planned to sign and retire with the team at some point during the 2022 offseason.

Frank Gore was selected in the third round (65th overall) in the 2005 NFL Draft by the 49ers. During his tenure with the franchise, he earned Pro Bowl honors on five occasions in a run that saw him rush for over 1,000 yards in eight seasons.

In five of his seasons spent in San Francisco, the team had a .500 or better record and reached the Super Bowl 2012. They lost to the Baltimore Ravens 34-31.

After leaving the team following the 2014 season, Gore played three seasons for the Indianapolis Colts. He would then go on to play a year each with the Miami Dolphins, Buffalo Bills, and finally the New York Jets in his most recent season in 2020.

Gore finished with 16,000 rushing yards, which is third all-time in NFL history only behind Dallas Cowboys’ great Emmitt Smith and Chicago Bears legend Walter Payton. Unsurprisingly he also has the most rushing yards in San Francisco 49ers history with 11,073. 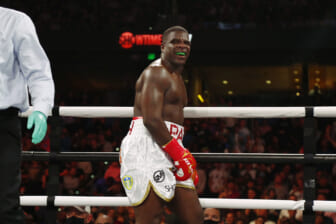 The NFL great has recently made headlines as he transitions to a career as a boxer. In December, he made his debut in an exhibition bout against former NBA All-Star Deron Williams on the undercard of an event headlined by YouTuber turned boxer Jake Paul. He lost by a split decision.

Frank Gore followed that up last month with a fourth-round knockout of Yaya Olorunsola in his professional boxing debut.