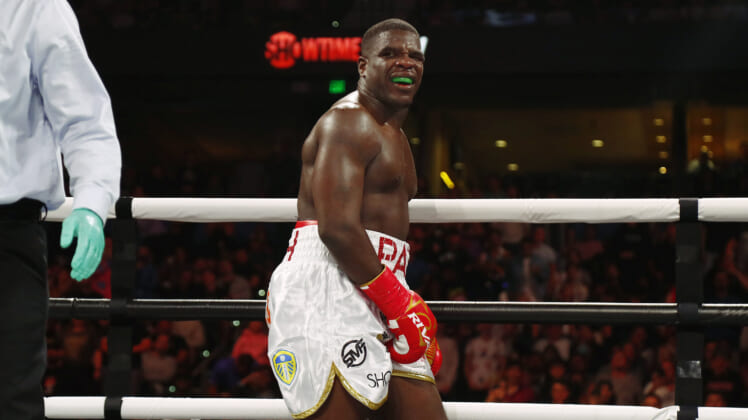 Frank Gore, arguably the best running back in San Francisco 49ers history, now has a knockout victory in his new endeavor as a boxer.

Gore taking his athletic talents to combat sports became a reality when the man with 16,000 NFL rushing yards made his pugilistic debut on the undercard of Decembers Jake Paul vs Tyron Woodley II card. Gore was one part of an undeniable freakshow fight pitting NFL vs NBA when he battled former Brooklyn Nets and Utah Jazz All-Star Deron Willams.

In a sloppy four-round heavyweight exhibition bout, Gore found himself on the wrong side of a split-decision defeat. However, while the basketball star was one and done in boxing, Gore made it clear after the fight that his days of fighting were far from done.

On Saturday night at a Gamebred Boxing card in Biloxi, Missouri, Frank Gore celebrated his 39th birthday with his second foray into the sweet science against Yaya Olorunsola. Unlike his fight last year, this one ended the way he wanted as he gave himself one heck of a birthday gift.

In the fourth round of his professional boxing debut, the five-time Pro Bowler scored on a flurry of punches that ended with a right hook that completely turned the lights out for Olorunsola and made him face plant on the mat. With that sort of performance and his name value, Gore is sure to return to the ring in 2022.

Gore’s final season in the NFL came in 2020 in New York playing for the Jets. Over 16 seasons in the league he played for the 49ers, Jets, Colts, Bills, and Dolphins.