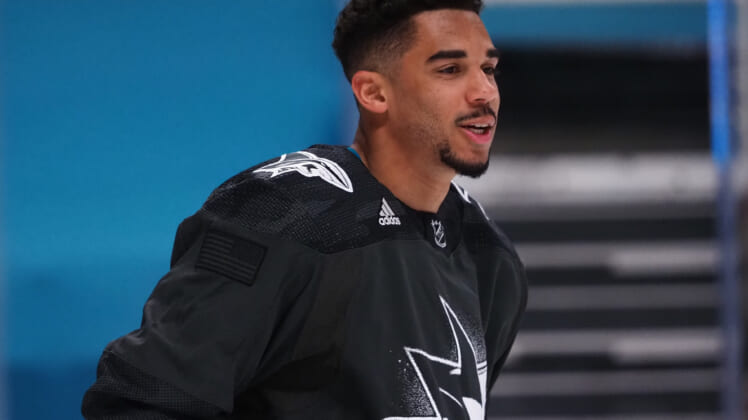 For his entire NHL career, trouble has followed Evander Kane around.

Talent made Kane the 4th overall pick in the 2009 NHL Draft, with the Atlanta Thrashers seeing a potential star in the making. But just a few years after making his NHL debut, the winger made headlines for all the wrong reasons even as organizations gave him additional chances because of his on-ice abilities.

It’s because of his abilities that he has been given second, third, fourth and countless more opportunities. Now, after the San Jose Sharks terminated his contract for his off-ice problems, NHL teams are once again lining up to sign the problematic forward. 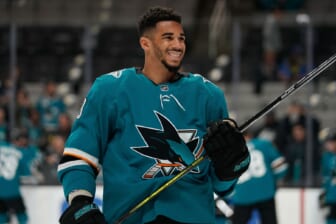 A year after being traded to the Buffalo Sabres, Kane was sued by a 21–ear-old Buffalo woman accusing the Sabres’ forward of assaulting her in December 2015 inside his hotel room in an attack she said caused “serious emotional trauma” and “serious, permanent and painful personal injuries.” A police investigation later cleared Kane of any criminal conduct. The allegations didn’t serve as a wake-up call for Kane.

He also found himself in trouble with the team months later. After attending the NBA All-Star Game in Toronto and posting videos of himself intoxicated following the event, Kane’s lack of maturity showed up again. He was suspended by the team for sleeping in and missing practice.

In July 2016, Kane was charged with harassment at a bar with three women accusing him of grabbing them by the neck, hair and arms in an attempt to force them outside. He pled not guilty to four counts of non-criminal harassment. Charges were later dropped and the case was sealed.

As his performance declined and legal issues became more frequent, Buffalo wanted to move on from Kane. He was traded to the San Jose Sharks in February 2018, with another franchise willing to put behavioral issues and numerous off-ice accusations aside to acquire a talented player.

He faced a lawsuit in 2018 accusing Kane of allegedly breaching an abortion contract, refusing to pay a woman a promised $3 million to not have the baby. It allegedly came a year after Kane ‘pressured her’ into a second abortion because a child would damage his NHL career.

Kane was later sued in 2019 by a Las Vegas casino, accusing the star forward of not paying $500,000 in gambling debts. It proved to be just the tip of the iceberg for his gambling and financial issues.

Reports revealed that Kane was bankrupt, owing over $100 million in gambling debts. The issues compounded when his estranged wife alleged that he bet on his own games (though the NHL could find no evidence of such bets). During that 2020-’21 season, teammates reportedly pressed the front office to trade Kane because they disliked him so much.

Before the 2021-’22 season, the NHL suspended him 21 games for violating the NHL/NHLPA COVID-19 protocols. But multiple reports surfaced that Kane presented a fake vaccination card. The Sharks sent him to their AHL affiliate following his suspension. Kane couldn’t stay out of trouble, violating protocols again after flying to Vancouver from the United States on the 29th, less than 10 days after testing positive for COVID-19. The flight was a direct violation of the AHL’s mandatory 10-day quarantine. After countless violations of NHL rules and numerous off-ice issues, the Sharks terminated Kane’s contract.

As much as the NHLPA has filed a grievance on his behalf, it’s tough to avoid the truth: Evander Kane causes a disturbance everywhere he goes. Signing him is agreeing to a prize wheel in which the prizes are not prizes at all, but questionable behaviors and various scandals.

Yet another investigation has been opened into Kane and how he crossed the border on the 29th, as the Sharks suggest that he did not have proper medical clearance to cross. The shocking part, though, is not that he has violated yet another rule. The shocking part is that it delays a team’s potential to sign Evander Kane.

One of the teams who has expressed clear interest in signing Kane is the Edmonton Oilers, who’s general manager Ken Holland says he believes in second chances. It’s a good idea, in theory, except that this is far from Kane’s second chance. It’s not even his fifth. Connor McDavid, the new face of the NHL, seems to agree with Holland.

By allowing Kane to continue slithering back into the league, relatively unscathed, the NHL is offering the message that immoral behaviors deserve no punishment. The league already suffered a backlash from the way they handled the investigation into the Chicago Blackhawks’ assault scandal, and granting Kane another chance (again, far from a second chance) would only look bad for the league.

But the Oilers aren’t alone with a desire to sign Kane. While they are the favorites to land him, the Vegas Golden Knights, Toronto Maple Leafs, Florida Panthers and Tampa Bay Lightning are among six teams interested in signing Kane.

Evander Kane has proven that he will not change as long as he is allowed to skate (no pun intended) by with no consequences. It’s baffling that another team would want to take him on, especially considering that his offensive production has tapered off in the midst of his troubles (though that should not be a factor, but it’s modern-day sports). It’s like going into a situation knowing you are ill-prepared for the impending doom. 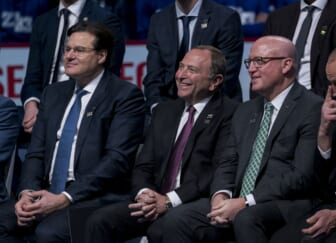 Behavior that seems him in court, consistently violating protocols, missing practices and generally representing the league poorly should not be condoned, and the Edmonton Oilers should not be allowed to sign him. Enough is enough, and Evander Kane has seen way more than his share of opportunities to redeem himself. The unfortunate truth is that he is not willing to capitalize on the chances he’s been given.