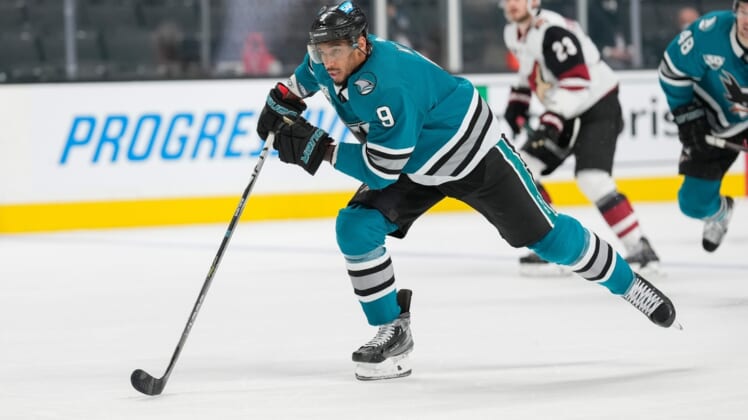 The NHL announced that its investigation found no evidence to support allegations that San Jose Sharks forward Evander Kane bet on hockey and tried to throw Sharks games.

Per the NHL’s statement: “The investigation included a detailed review of social media, public data, and court filings from the bankruptcy proceeding initiated by Mr. Kane in January 2021 and his pending divorce proceeding; a review of sports betting data and analysis; and in person and virtual interviews of members of the Sharks organization and others, including Mr. Kane. It should be noted that Ms. Kane refused to participate in the investigation.

Kane, 30, has admitted he had a gambling addiction and needed to file for bankruptcy last January after losing $1.5 million over a 12-month span. But he vigorously denied his estranged wife’s accusations, both in a statement early on and more recently in an ESPN interview.

The NHL now considers the matter of Kane’s alleged betting on league games to be closed. However, its statement Wednesday also said that “additional unrelated allegations … involving potential wrongdoing by Mr. Kane have been brought to our attention.

“These allegations are being thoroughly investigated and the National Hockey League will have no further comment regarding their substance pending the completion of that process.”