Las Vegas Raiders fans’ ears perked up when news spread about head coach Sean Payton’s decision to step down from his position with the New Orleans Saints. He isn’t a viable candidate for any open positions in 2022, but the Silver and Black has its sights set on a former lead skipper.

During his press conference, Payton said, “that’s not where my heart is right now” in reference to coaching in the NFL.

Meanwhile, the Raiders set up an interview date with Tampa Bay Buccaneers defensive coordinator Todd Bowles, per Rick Stroud of the Tampa Bay Times. He fielded the fifth-ranked scoring defense through the 2021 campaign.

Some may look at Bowles with a skeptical eye because of his disappointing four-year run with the New York Jets, but he could succeed in a different situation.

Let’s dive into Bowles’ resume, highlighting concerns and positives from his coaching career.

As mentioned above, Bowles had a rough run with the Jets between 2015 and 2018. After he led Gang Green to a 10-6 record in his first term, the club went 14-34 in the following three seasons.

As a coach with a defensive expertise, Bowles has to rely on his assistants to revamp an offense with holes at wide receiver and across the offensive line. In New York, he leaned on Chan Gailey, John Morton, who served as a senior assistant on Jon Gruden’s staff between 2019 and 2021, and Jeremy Bates.

On Bowles’ watch, the Jets started quarterbacks Ryan Fitzpatrick, Josh McCown and Sam Darnold, whom the team moved up to select in the 2018 draft. Their offense ranked 23rd or worse in scoring between 2016 and 2018.

As a defensive coach, Bowles’ tendency to blitz may leave his cover men in the secondary on an island, which results in big plays over the top. With the Buccaneers, his pass defense ranked 21st or worse in yards allowed for each of the previous three seasons.

The Raiders must also consider Bowles’ grip (or lack thereof) on the locker room. In New York, he had to discipline Darron Lee, Muhammad Wilkerson and Sheldon Richardson for conduct detrimental to the team.

Bowles isn’t shy about benching players who step out of line, but he cannot allow it to become a trend for a Las Vegas Raiders team that’s had recent issues with focus and poor judgment away from the field. 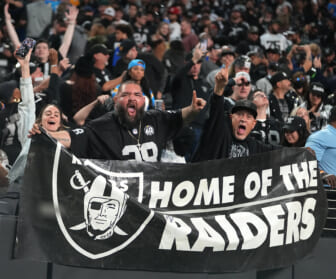 Most teams will go as far as the quarterback takes it, and the same goes for a head coach’s success:

Though Bowles posted a poor head-coaching record with the Jets, he did win 10 games with Fitzpatrick as his primary starter. Gang Green hasn’t finished a season with a record at or above .500 since Bowles’ tenure. Furthermore, he led the club to its only winning season since 2011.

Bowles can build on what Gus Bradley started this past season. They’re similar in the sense that their pass-rushing schemes can generate a ton of pressure.

Unlike Bradley, Bowles has built a reputation for his disguised blitzes as opposed to rushing just four defenders. In each of the last three years, the Buccaneers have ranked fifth or higher in blitzes per dropback.

Bowles would certainly bring creativity to the Raiders’ front seven without compromising the run defense. His units have ranked third or better against ground attacks every year since 2019. In 2020, Tampa Bay gave up the fewest rushing yards even without 6’4″, 347-pound Vita Vea for 11 games.

In his first two years with the Jets, Bowles had a defensive front that featured Leonard Williams, Wilkerson and Richardson, and that trio stifled rushing attacks. Gang Green ranked second and 11th against the run for the 2015 and 2016 seasons, respectively.

Clearly, Bowles knows how to build a stout defensive line, which became the strength of the Las Vegas Raiders defense in 2021. 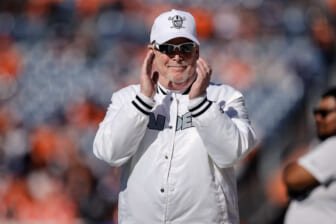 Also Read:
3 reasons why Las Vegas Raiders don’t need to rush in search for a new GM and coach

However, Bowles, using even- and odd-man defensive fronts, can build a foundation with edge-rushers Maxx Crosby, Yannick Ngakoue and perhaps rookie third-rounder Malcolm Koonce, who had some flashes this season.

Based on Bowles’ track record, the Raiders would likely maintain their aggressive pass-rushing front with more help from the linebackers who would join the action on their blitz assignments. On top of that, Vegas should field a more consistent run defense, which had its issues until late in the campaign under Bradley.

Nonetheless, Bowles must present a sound offensive plan because his first head-coaching stint in New York with Fitzpatrick, McCown and Darnold didn’t showcase much in that regard.

Bowles is a viable candidate, and his defensive scheme will stir some excitement, but he has a lot to prove in terms of putting together a quality staff for his offense.

Maurice Moton covers the Las Vegas Raiders for Vegas Sports Today. You can follow him on Twitter at @MoeMoton.