After parting ways with Greg Roman, the Baltimore Ravens’ offensive coordinator search is moving quickly with Eric Bieniemy emerging as one of the top candidates to design plays for Lamar Jackson next season.

Roman joined the Raens’ coaching staff in 2017 as a senior offensive assistant and tight ends coach. After being promoted to associate head coach in 2018, John Harbaugh made the former offensive line coach the architect of Baltimore’s offense.

Jackson achieved immediate success in his first season with Roman, winning NFL MVP and leading one of the best offenses in football. It made Roman a popular head-coaching candidate, but he remained in Baltimore and defenses quickly adjusted to his scheme.

After finishing the regular season ranked 12th in Football Outsiders’ Offense DVOA and 20th in offensive touchdowns per game (1.9), Baltimore and Roman parted ways. With Jackson now involved in the search for a new play-caller, candidates have already emerged to replace Roman next season.

Bieniemy has met with more than half a dozen teams for NFL head-coaching interviews in recent years, but he has seemingly never become a finalist for a job. While there are a variety of reports offering different rationales for why he still isn’t an NFL head coach, one of the most common is league executives tying the Chiefs’ success entirely to Patrick Mahomes and Andy Reid. 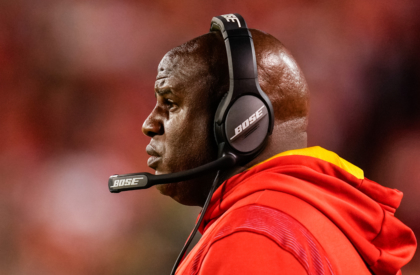 While teams are required to request permission from Kansas City to interview Bieniemy for an offensive coordinator vacancy, circumstances change once the Chiefs are eliminated from the playoffs. Bieniemy’s contract expires after the season, allowing him to meet with any team he chooses and there are already suitors for his services.

Baltimore could be an ideal landing spot for Bieniemy. He receives glowing reviews from Mahomes and that recommendation could go a long way with Jackson. The Ravens also boast one of the best offensive lines in the NFL, which would make life easier for their next offensive coordinator.

If Bieniemy chooses to leave Kansas City, calling plays for Jackson or heading to the Los Angeles Chargers to work with Justin Herbert could be the most move for his career. If he is successful in either spot, NFL teams can no longer question his credibility as an offensive mind and strategist. 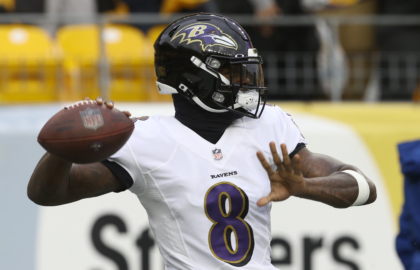