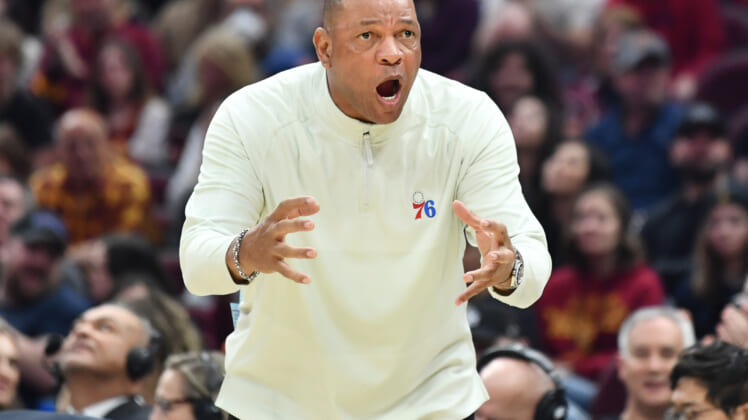 As coach Doc Rivers and the Philadelphia 76ers prepare for their playoff series against the Toronto Raptors, job security could reportedly b on the line for Rivers.

Led by NBA MVP candidate Joel Embiid, Philadelphia finished with a 51-31 record in the regular season and earned the No. 4 seed in the Eastern Conference. Set for a tough series against the Raptors, with Matisse Thubulle barred from playing in Toronto, jobs and legacies will be on the line.

During a recent appearance on ESPN, NBA analyst Stephen A. Smith indicate both he and colleague Tim Legler have heard rumors from around the league that rivers’ job could be on the line this postseason.

Keep in mind that the 76ers fired coach Bruce Brown following the 2019-’20 NBA playoffs because the team consistently disappointed in the NBA playoffs. Brown posted a 12-14 postseason record in his final three seasons, never advancing past the Eastern Conference Semis.

In his first season as 76ers’ coach, Rivers’ team reached the second round only to lose in Game 7 to the Atlanta Hawks. Blame fell on star Ben Simmons, with Rivers making it clear the All-Star point guard deserved plenty of responsibility for the exit.

Acquiring James Harden was supposed to put this team over the hump in the playoffs. Defeating the Raptors would likely send the 76ers to a second-round matchup with the Miami Heat.

If the team fails to advance, with the Harden-Embiid duo not meeting expectations, blame this time around will fall on the coach. Philadelphia is desperate for its basketball team to deliver success and with the 76ers’ last Eastern Conference Finals appearance happening two decades ago, there is no more patience.

What happens if Doc Rivers is fired?

Reaching the Eastern Conference Finals would likely be viewed as enough progress for Doc Rivers to stick around in Philadelphia. Anything short of that and the 60-year-old will likely be on the chopping block with the front office exploring its options on the coaching market. 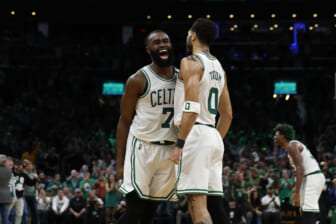 As for Rivers, he likely wouldn’t be out of work for long. He is reportedly on the Los Angeles Lakers’ radar, with the franchise wanting to hire a coach with a championship on his resume. While Rivers won his ring back in 2008 with a loaded Boston Celtics roster, it’s still helping his reputation more than a decade later.

One thing to keep in mind, things haven’t gone especially well for Rivers in the postseason in the past decade. From 2010-2021. Rivers-coached teams are 52-54 in the playoffs.