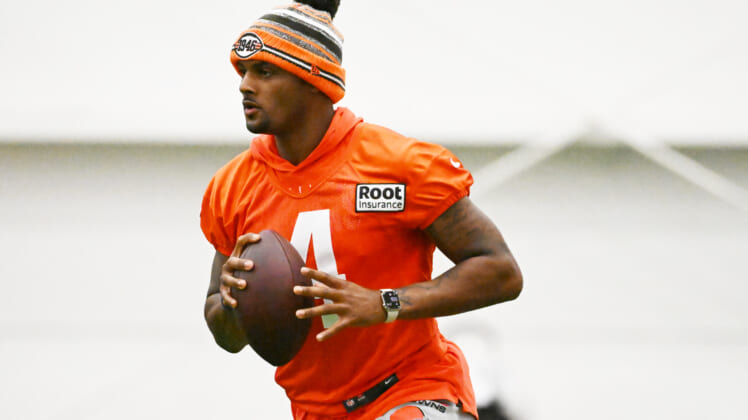 More than a month after the NFL and Cleveland Browns quarterback Deshaun Watson presented their cases in front of disciplinary officer Sue L. Robinson, a ruling on a potential suspension could come next week.

Represented by the NFL Players Association, the three-time Pro Bowl quarterback argued against a suspension for violating the league’s personal conduct policy. NFL officials presented their case to Robinson using testimony provided by four of the women who accused Watson of inappropriate sexual behavior during massages.

The NFL is pushing for Watson to serve a one-year suspension, arguing that his multiple incidences of alleged inappropriate behavior damaged the league’s integrity. In response, Watson’s defense team has cited the league not disciplining owners as harshly as players for conduct that would hurt the NFL’s image and reputation.

Related: NFL not expected to ‘back off’ push for year-long Deshaun Watson suspension

Both sides submitted post-hearing briefs to Robinson, a former federal judge, by the July 12 deadline. While there was an expectation that a ruling would be made before training camp began, the Browns are now a week into practicing and a decision hasn’t been made.

The belief was that Robinson was buying time, hoping the NFL and Watson would reach a settlement. With the two sides far apart and a resolution simply not happening, it will need to come down to Robinson’s decision.

According to Mary Kay Cabot of Cleveland.com, NFL sources indicate that there is now a belief a ruling on Watson’s potential suspension and the set length could be announced early next week.

Cleveland is already bracing for a suspension, announcing quarterback Jacoby Brissett will start for as long as Watson is sidelined. With the 2022 NFL season nearing, there is still some uncertainty regarding the length of Watson’s suspension.

How long will Deshaun Watson be suspended?

While the NFL is insisting on an eight-game suspension, it’s highly unlikely to receive a ruling in its favor. The new CBA changed the disciplinary process for violations of the personal conduct policy, removing commissioner Roger Goodell’s unilateral authority to suspend players.

Under the new system, the NFL and NFLPA make their cases to an independent arbitrator who they jointly appoint to the position. Only if the league disagrees with Robinson’s decision can it then be appealed to Goodell.

Mike Florio of NBC Sports previously reported this month that the new expectation is Watson will receive an eight-game suspension. It would likely be short enough to where he might not appeal the ruling. 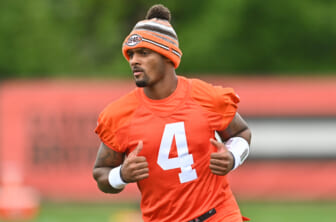 If he receives an eight-game ban, keeping him sidelined until Week 10 against the Miami Dolphins, the league could appeal the decision to Goodell. However, that would drag the process out further as Watson would immediately contest the decision with a lawsuit.

Based on everything reported in recent weeks, it would be a surprise if Watson isn’t the Browns’ starting quarterback this season. Assuming he doesn’t miss more than half the games and Brissett holds up well as the starter, Cleveland will likely be in the playoff hunt when its new face of the franchise returns to the field.