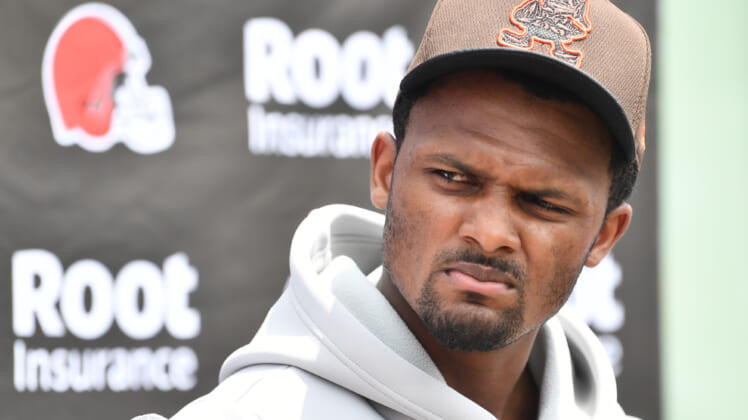 Cleveland Browns quarterback Deshaun Watson is involved in some serious sexual assault allegations and very well could incur a season-long suspension. In an attempt to get the shortest possible suspension from the league, the NFL Players Association is expected to spotlight the passes several league owners received in their own scandals.

The NFLPA team that is required to defend Watson against what is expected to be a major suspension from the league has a tall task in front of them. As of earlier this week, the accuser count against the former Houston Texans star is at 26 as the embattled QB looks to clear his name in the court of public opinion.

Related: Cleveland Browns schedule – Predictions and analysis for the 2022 slate of games

It’s not a question of if Watson will be suspended this season, but for how long. On Thursday, Pro Football Talk reported that sources informed the outlet that the union is readying for an “unprecedented” punishment to be levied against Watson. In the hopes of making that sanction as short as can be, the NFLPA is planning to use the league’s handling of scandals surrounding Dallas Cowboys owner Jerry Jones, and New England Patriots boss Robert Kraft.

“The argument will be that the punishment of Watson is not proportional to the punishment of those owners, especially in light of this key line from the Personal Conduct Policy: ‘Ownership and club or league management have traditionally been held to a higher standard and will be subject to more significant discipline when violations of the Personal Conduct Policy occur.'”

In 2019, Kraft received no punishment from the league following charges of solicitation during a massage that turned sexual. The case was eventually thrown after surveillance footage used by law enforcement violated the rights of Kraft and the employees of a Florida massage parlor. In the case of Jones, the league chose not to investigate claims of voyeurism against high-ranking officials on the team earlier this year.

This particular defense won’t be to deny the wrongdoing of Watson in his apparent massage sessions that he tried to turn into sexual encounters but to put the league in an awkward position by questioning their ethics and favoritism to owners above its players.

If it will work is unclear, but the NFLPA does not have many options in trying to defend a player whose off-the-field troubles have been a black eye on the league throughout the offseason. 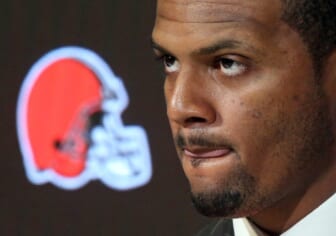